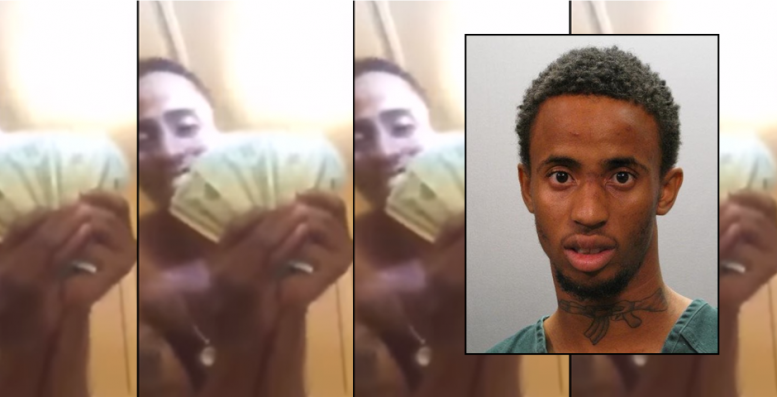 Recently Jesse Jackson called on Facebook to take action to curb the growing phenomenon of criminal activity being broadcasted on the social media service. This phenomenon primarily involves black users, especially young black males. There are now hundreds of examples across the country of Facebook content aiding police investigations.

Breon Hollings, a twenty-two-year-old black male, was raided by the Jacksonville, FL SWAT team while streaming on Facebook Live. Hollings was showing off money to his friends that he allegedly made from selling drugs.

The video is so outrageous that many claimed it must be a hoax. The Jacksonville Police have confirmed that the video is real. Hollings is currently being held in Duval County Jail on charges of possession of a firearm by a convicted felon, armed cocaine possession, armed possession of a controlled substance and possession of paraphernalia for the manufacture of distribution of drugs. Police say they found a handgun, ammo, crack cocaine, and Oxycodone pills. The raid took place last Thursday afternoon, June 1st.