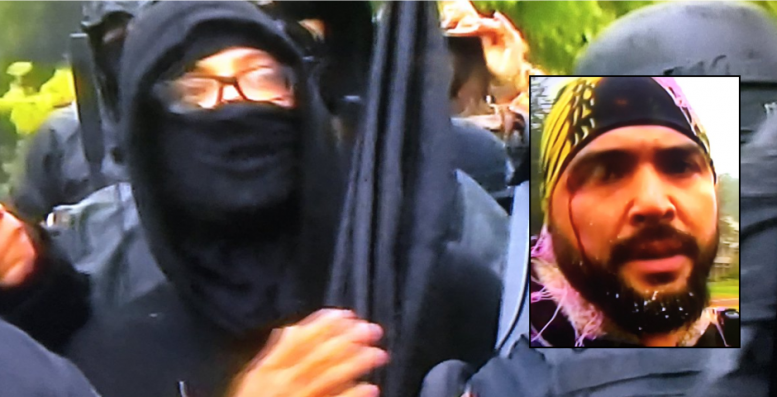 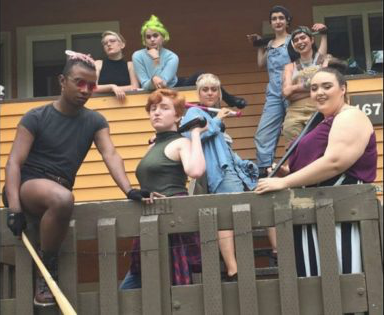 This is an actual recent photograph of Evergreen students.

A graduation ceremony scheduled for tomorrow has been moved off campus.

A group of men came to Evergreen to hold a “Patriot Prayer Rally.” The men brought American and Christians flags. They also had at least one Trump flag. They were attacked by leftists wearing masks. The perps hysterically screamed that the men were “Nazis” and “white supremacists.”

Police in riot gear rushed in to push the masked thugs back. Patriot Prayer leader Joey Gibson was seen being escorted away by medics. He was bleeding near his right eye.

Joey Gibson talks about being assaulted in the video below:

Gibson said someone from the black-clad protesters hit him in the face with a can & then pepper sprayed him at #Olympia‘s Evergreen College. pic.twitter.com/rjFPhSRYN8