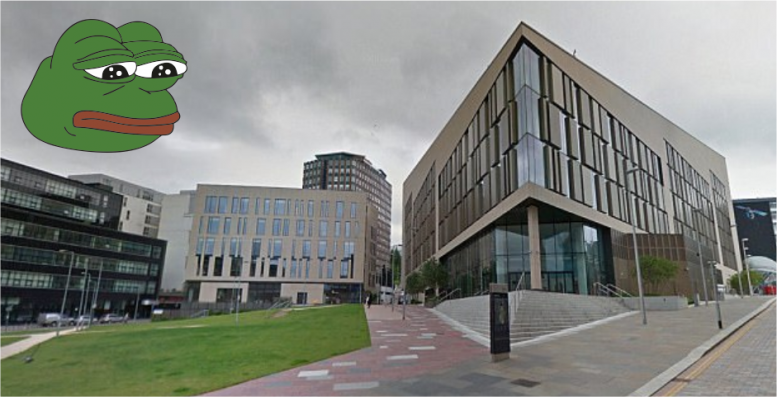 The University of Strathclyde is Scotland’s third largest University with students from all over the world. It used to be a very prestigious institute of higher learning. Now the University agonizes over how to tell foreigners to not poop in the shower without being racist.

The brand new Technology and Innovation Centre [TIC] has a problem with foreigners defecating in places other than the toilets. An e-mail was sent to students and faculty of TIC asking everyone to only defecate in the toilets.

Given the incidence of people pooing in bins, showers and the likes – can I please remind all TIC occupants that the toilets have been provided for that specific purpose.

All bodily fluids, solids and toilet paper must be disposed of down the toilet.

While I appreciate that the TIC population is multi-cultural and different countries have different practices, here in the UK the accepted practice is to use only the WC.

The University of Strathclyde immediately issued a public apology for the e-mail. A University spokesman stated “We’ve apologized for any offense caused to colleagues. The email contained sentiments completely contrary to our institutional values and should not have been sent. It was recalled as soon as it came to our attention and we swiftly issued an apology to staff.”

TIC has many students and faculty from India, where “open defecation” is such a problem that UNICEF actually published a song and video begging people to stop defecating in the streets.

Believe it or not, this disgusting music video was actually made by UNICEF.