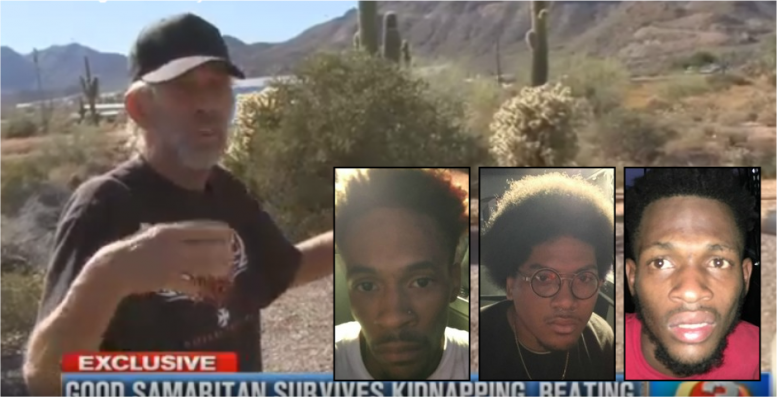 When a white Arizona man encountered three black males, allegedly broken down on the side of the road, he offered them food, water, and even a place to stay. He met the trio inside auto parts store. After spending the night at his house, they choked him, tied him up, and ransacked his home. Then they loaded everything of value, including firearms, into his car and drove off.

Channel 3 says it is “bizarre” that the man was attacked and robbed. Was it really that bizarre? Or could this outcome have been predicted?