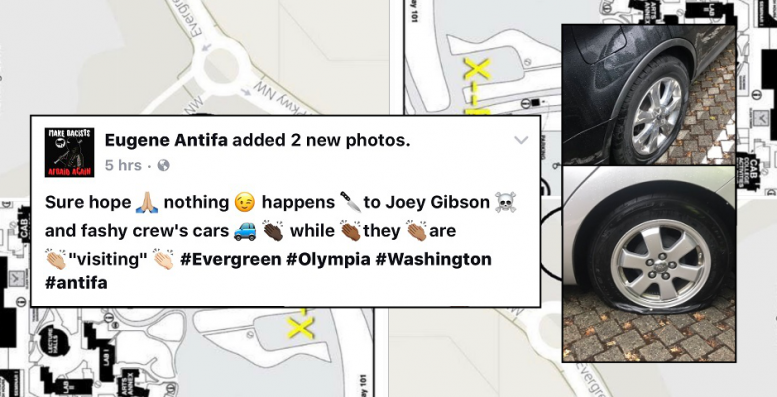 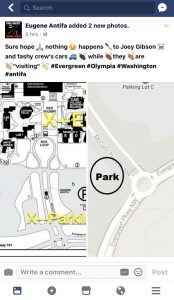 Friday evening we reported on left-wing violence that had just occurred at Evergreen College. A group called Patriot Prayer, led by Joey Gibson, held a demonstration. Masked Antifa assaulted people, including Joey Gibson himself. We have now learned that Joey Gibson and others had the tires of their car slashed.

We were tipped off by a reader that the Eugene Antifa chapter implicated themselves in the crimes on their official Facebook page.

Before the rally took place, the official Eugene Antifa Facebook page specifically urged readers to vandalize cars and attack Joey Gibson. The incendiary message included diagrams of where they expected members of Patriot Prayer to park. It also included a picture of a knife.

The provocation to attack Joey Gibson and slash tires was posted the day before the actual crimes took place. Gibson was pepper-sprayed and hit in the right temple with an unknown object. Police did arrest one Antifa member who was in possession of a knife. 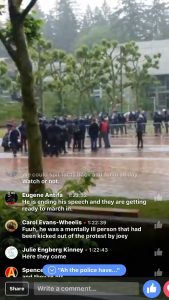 On Friday, Eugene Antifa was posting live updates from the demonstration.

Once members of Patriot Prayer discovered that their cars had been vandalized, the official Eugene Antifa Twitter account began retweeting pictures to gloat. The Eugene Antifa social media accounts are also posting pictures, addresses, employers, and even license plate numbers of people they are targeting. 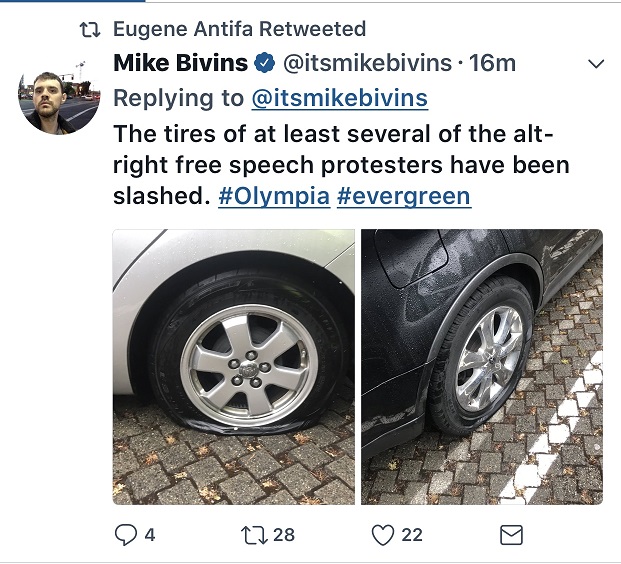 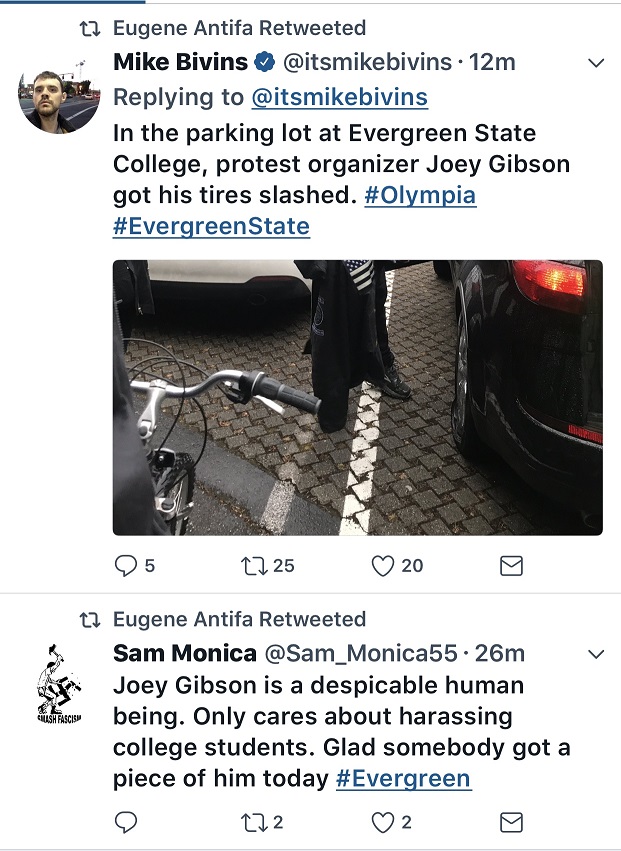 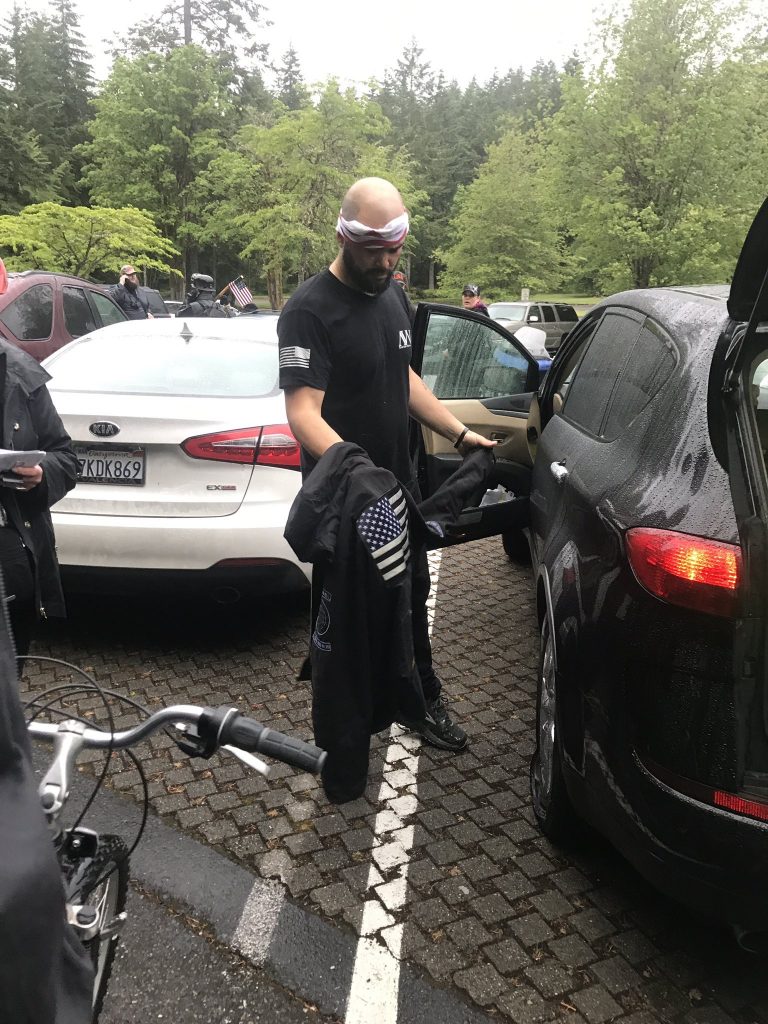