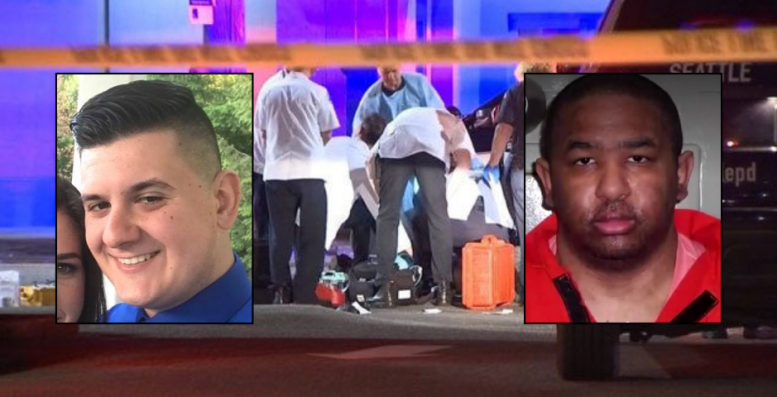 Andrew Pimentel, a twenty-six-year-old white male, was stabbed to death early Friday morning in Seatle, WA. He left Ozzie’s, a karaoke bar, with a group of friends. They walked to Dick’s Drive-In. While standing on the sidewalk, a black male ran towards him and plunged a knife into his chest.

The murder was witnessed by numerous people. They say it was completely unprovoked. Police arrested thirty-eight-year-old Leon Caril II. One female witness was so overcome with grief that she had to be hospitalized.

The murder is just a minor local news story in Seattle.

Caril was also arrested just days earlier for attacking his roommate. He was charged with 4th-degree assault on June 16th and released the next day. Caril has convictions for assault, robbery, and drugs.

Compare this coverage to other recent stabbings that have received massive national media attention and tens of thousands of politically and/or racially charged tweets of outrage. Why is Pimentel, who was an off-duty police officer, not worthy of the media’s outrage?

8 Comments on “Pedestrian randomly stabbed to death in Seattle”