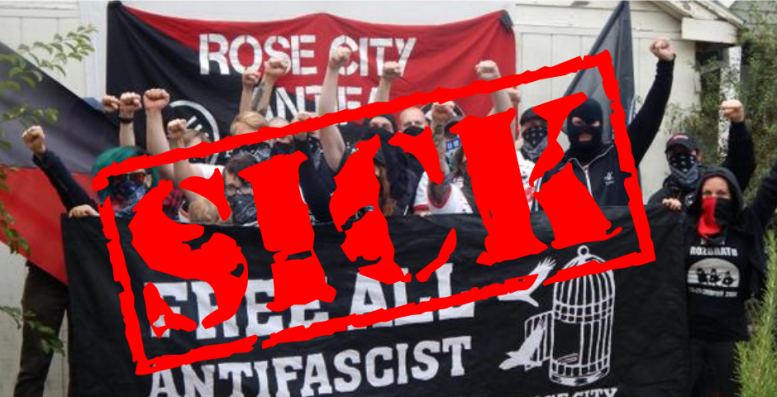 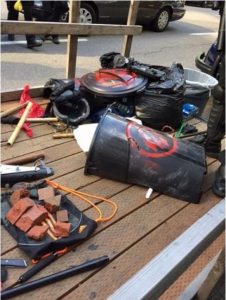 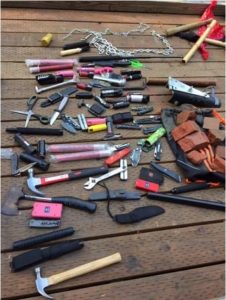 On June 4th, Portland police used pepper spray and impact munitions against Antifa. The Antifa were given repeated verbal warnings before each new crowd control tactic was deployed. The ACLU is defending Antifa and claiming the police used to much force. A spokesman for the ACLU is downplaying the Antifa’s violence and alleging it was only a small minority that broke the law.

Portland, Oregon Police Chief Michael Marshman is speaking out about what really happened. 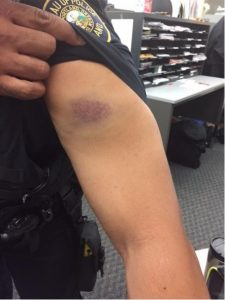 Marshman also disclosed that Antifa had “urine and feces filled balloons, and balloons with unknown chemicals.” Antifa fired marbles at police with slingshots. A group of Antifa climbed on top of a structure with a bag of bricks. One officer was hit in the arm with a brick. Antifa also hurled bottles and fireworks at police.

Police eventually corralled the Antifa, confiscated their weapons, and photographed their IDs.

Five days after the June 4th Antifa rampage, a female Antifa was arrested for stabbing a man in Seattle, Washinton. Elizabeth MacDonald was charged with 2nd-degree assault for stabbing a male victim while screaming “Nazi.”

Despite Antifa’s extreme propensity for violence, major left-wing non-profits continue to support them.