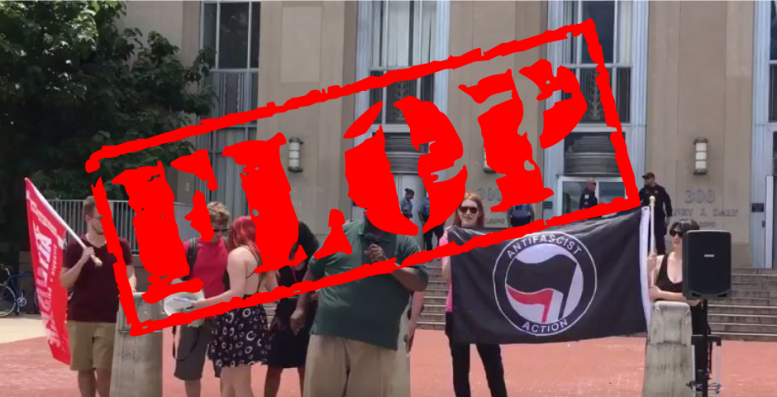 This weekend, two of the most high-profile Antifa leaders in the country carried out a protest rally at the Washington DC police headquarters. The rally featured Lacey MacAuley and Daryl Jenkins. About 200 suspects are still facing felony charges in Washington DC stemming from the Antifa inauguration day riot.

Instead of protesting an “Alt-Right” rally at the Lincoln Memorial, and risking more arrests, they decided that some damage control was in order. The protest rally was supposed to re-brand Antifa as the “victims of state-sponsored oppression.”

Daryl Jenkins gave a speech claiming that conservatives are the violent ones. Ironically, Jenkins has been promoting violence for many years. He even once bragged on Facebook about participating in a strong-armed robbery and taking the victim’s jacket. More recently Jenkins was thrown out of the National Press Club for showing his collection of pornography to reporters. 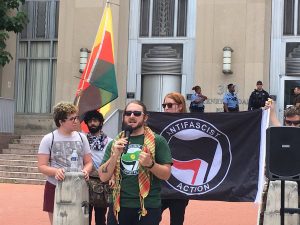 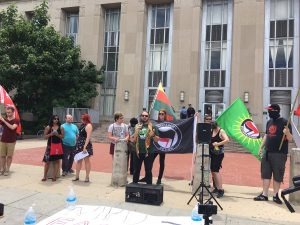 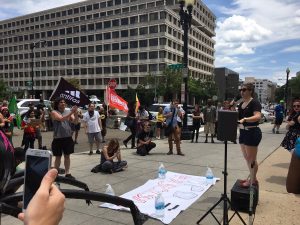 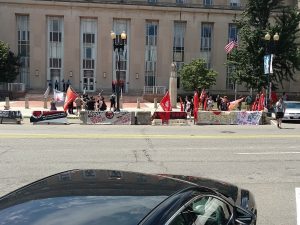