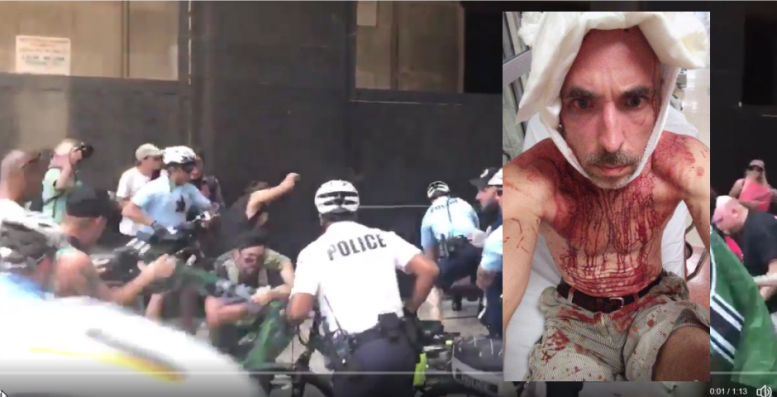 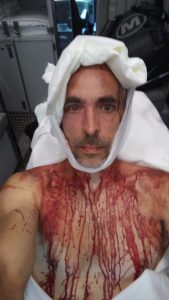 The most serious incident left a man hospitalized. A Youtuber known as “PizzaGate Howie” was walking home when he was attacked by six or seven Antifa. He says he was hit in the back with what he believes was a glass bottle. Then he was kicked while he was on the ground.

He says that he got up and chased the perpetrators. Howie says he grabbed two of them. Police moved in and arrested them. Police also caught one other.

In the video below PG Howie describes the attack starting at minute mark 1:39.

In another incident, Antifa tried to attack a small group as they were headed for a local bar.

Antifa assaulted a man right in front of police officers. Then they fought with the police. The Antifa screamed hysterically that the victim was “a Nazi.” The victim of the assault had a Kekistani flag. This is a joke flag that comes from the online meme community.

Antifa defended the attack on Twitter, claiming that people who enjoy the Pepe/KEK memes are “Nazis.”

Despite the relentless violence coming from Antifa, they are still being supported by major left-wing foundations like the Southern Poverty Law Center.