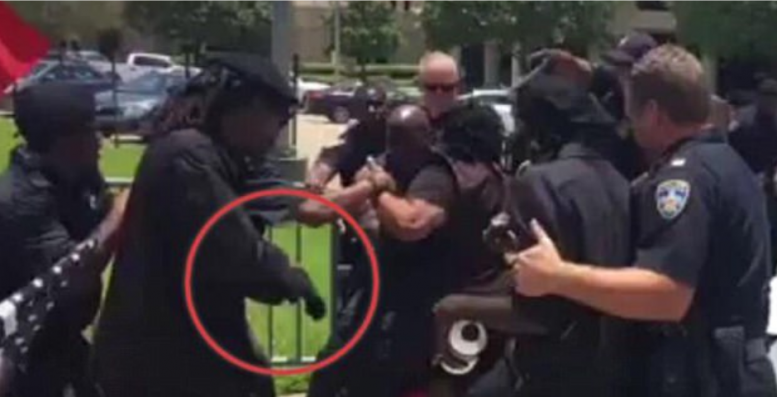 Members of the New Black Panther Party [NBPP] rioted in front of the Baton Rouge police station on Wednesday. Seven members of the group were arrested. They were protesting the death of Alton Sterling, who died while fighting with police exactly one year earlier. Sterling was a career criminal and a registered sex offender.

Black militants engaged in large-scale violence after Sterling’s death. One officer had several teeth knocked out by an NBPP member. Then on July 17th, 2016, former Nation of Islam member Gavin Eugene Long shot six police officers in Baton Rouge. Three of the victims died. Intense media agitation is believed to have motivated the killer.

Ron Ceasar, a Baton Rouge resident connected to the NBPP, is pledging an escalation of violence. Ceasar was interviewed by the Hayride.com and said a violent civil war is coming.