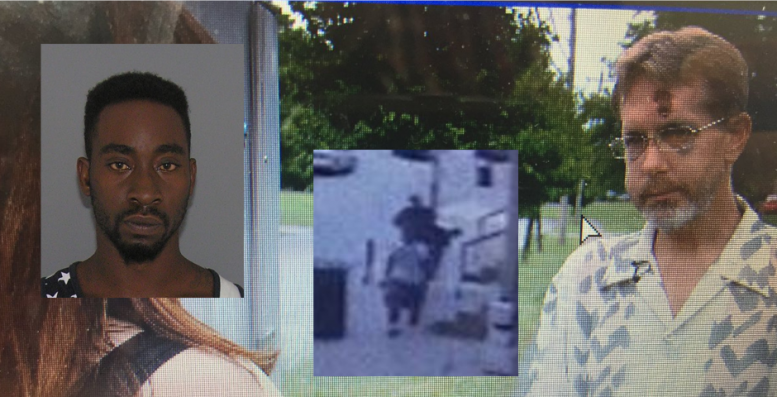 Last Saturday, a white male in Cincinnati, Ohio was hospitalized after a random “knockout game” style attack. Will Griffith, 54, was walking down the street when a black male sucker punched him in the head from behind. The attack was caught on video.

The victim woke up in the hospital with fractures to his jaw and skull. Police have now arrested Keith Capell. They charged him with felonious assault and possession of heroin.

The attack took place in the East Price Hill neighborhood. After the 2001 Cincinnati race riots, the city agreed to move section 8 residents from Over the Rhine to East Price Hill under the 2002 Collaborative Agreement. This was part of a series of agreements made with the United Black Front, the NAACP, the Urban League, and ACLU. The agreements were supposed to reduce crime, but critics say it has done the exact opposite. In 2001, Cincinnati had the highest murder rate on record. The murder rate has been even higher, sometimes significantly higher, for most years since then.

Cincinnati has already seen several black on white murders this year. The murder of Jamie Urton, last April, is being described as racially motivated by the county prosecutor. Madie Hart, a white female college student, was murdered the same month. She was intentionally hit by a car as she left a nightclub. In May, a 77-year-old white female was stabbed to death in a random attack by a black male.

The most recent victim was Thomas Grassman, who was shot in the back in early June. Verland Jones, a black male who had been performing at a rap concert earlier that night, was arrested. He was recently held in contempt of court for yelling profanities at the judge.