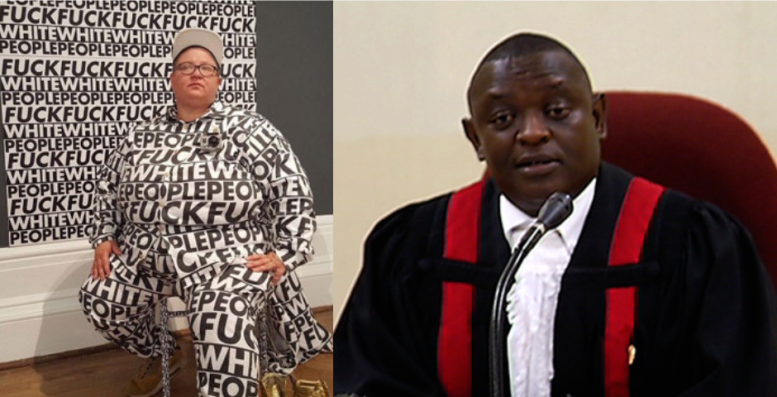 Hutton is white, but openly expresses a dislike for white people in general. He claims to be the victim of “hurtful comments about my fat, queer body.” Hutton advocates the “white privilege” conspiracy theory, which says that white people are responsible for the short-comings of other races. He says that black people can’t be racist against whites.

Hutton’s poster and the old pair of shoes are on display at the Iziko South African National Gallery in Cape Town.

South Africa does not have freedom of speech and it is supposed to be illegal to promote racial hatred. The Cape Town Party, a moderate secessionist party, sued the art gallery in Equality Court.

Two days ago Magistrate Daniel Thulare ruled that the poster is a legitimate protest of white people and is not hate speech. Critics say the ruling strips away all false pretense that South Africa’s hate speech laws are applied evenly.