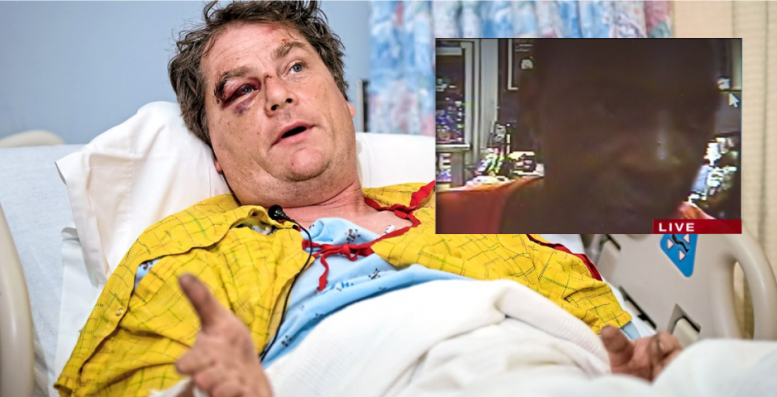 Police say a black male burglarized a home stealing credit cards and a car. After going on a shopping spree, he wrecked the stolen car into a guardrail. Todd Krut, a fifty-four-year-old white male stopped to render assistance and was brutally attacked. The black male stole Krut’s car and drug him down the interstate. The victim was seriously injured. Both his feet were broken and he has road rash all over his body.

It took place on I-79 near Carnegie, PA. The black male suspect is now wanted in two countries. He was captured on a surveillance camera when he was using the stolen credit cards.