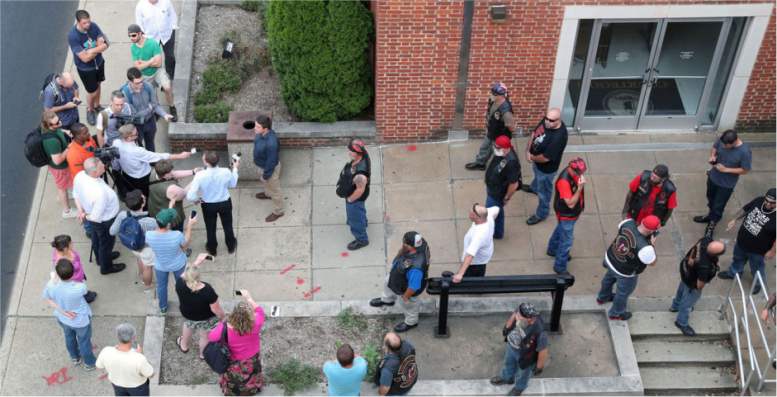 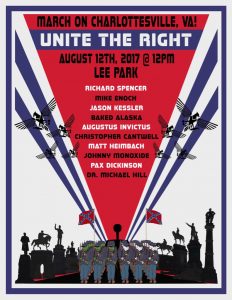 Jason Kessler held a press conference in Charlottesville for the upcoming “Unite The Right” rally on August 12th. Kessler was flanked by members of the Warlocks MC to discourage Antifa violence. Charlottesville has become a hotbed of far-left violence and twenty-three members of Antifa and Black Lives Matter were arrested in the city just this past weekend. Kessler is personally being targetted by Antifa.

The local NBC affiliate was nice to Kessler and did a fifty-second fact-based segment on the press conference. The local Charlottesville newspaper published an agitation-propaganda piece as “news.” They asked Kessler about the KKK. He responded that he has nothing to do with the KKK. So their headline was “Kessler discusses the KKK.” Then they repeat the named KKK over and over in their article even though it had nothing to with the press conference.

The rally will combine various elements of the hard right, sometimes called the “alt-right.” Over 1,200 people have expressed interest in coming to the rally on its Facebook event page.

The local paper did take some nice pictures of the press conference that they would like you to buy. Prints range from $7 to $37 a piece. Or you can simply right click and save a high-resolution version of each image to your desktop and print them yourself.