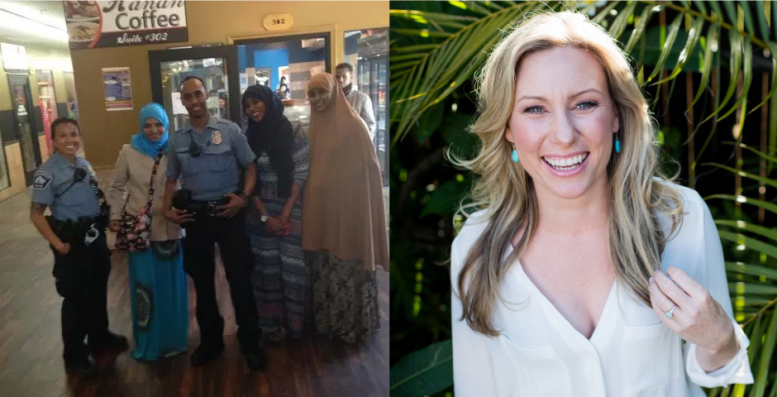 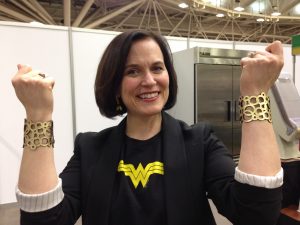 Mayor Betsy Hodges praised Noor on Facebook when he was first hired.

Update: Seven days after we wrote this article, FOX News reported that Noor had been given special priority in hiring and “fast-tracked” onto the force.

Saturday night, forty-year-old Justine Ruszczyk called 911. She believed that someone was being sexually assaulted in the alley behind her home in Minneapolis.

A police cruiser with two officers responded. The officer in the passenger’s seat was Mohammed Noor, a Somali immigrant.

Ruszczyk, who was wearing only pajamas, walked up to the driver and they began talking. Noor pulled his gun, reached across the driver, and fired multiple shots through the driver’s side door. Ruszczyk was hit multiple times and killed.

Ruszczyk was a yoga instructor from Australia who was getting married in August. She is also known as Justine Damond.

Both officers were wearing body cameras, but neither one had theirs turned on. Outraged citizens of Minneapolis believe that Noor was never qualified to be a police officer and only hired so that city officials could “virtue signal” about how many East African immigrants they had on the force. 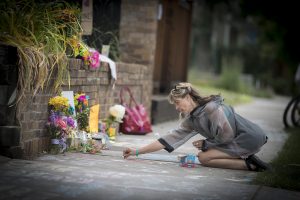 Minneapolis Mayor Betsy Hodges personally praised Noor on Facebook. However, she praised Noor based on his race, not on any qualifications. Now Hodges says she is “heartsick and deeply disturbed” by Noor’s actions.

Noor was already being investigated for three different complaints. He is also one of three Minneapolis officers that are being sued in Federal court for alleged misbehavior. That case also involves alleged police brutality against a woman who called 911 to report a crime.

Minneapolis has the largest population of Somalians in America. Most were brought to America as “refugees” using money from Federal grants. Recently this website did a report about how Minnesota school’s have wildly out of control academic achievement disparities. The East African immigrant population in the Twin Cities plays a major role in this. Somalia has one of the lowest average IQs of any country in the world.

11 Comments on “Was murderous Somali cop an Affirmative Action hire?”