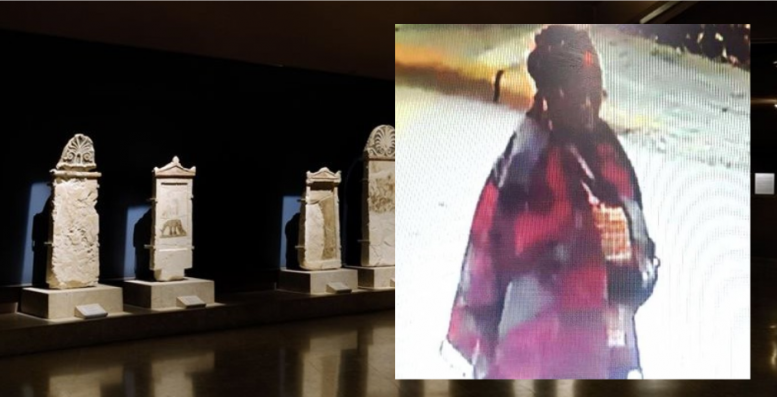 Authorities in Macedonia say a black/African woman vandalized ten ancient monuments inside the Museum of Royal Tombs of Aigai in Vergina, Greece.

CCTV footage shows a black female in an extravagant costume. A picture of the woman was just released to the public in hopes that someone can identify her. Her outfit looks reminiscent of pseudo-Africa costumes used by some black supremacists in the United States, such as the Black Hebrew Israelites.

An English language click-bait website is reporting that the perpetrator is a black woman from America. This claim has been repeated by some. However, the Greek media says that no one knows who she is. It is unclear if she was even a tourist or an immigrant.

Alarms have been sounded across the Greek historical community to be on the lookout for the same woman, or another person attempting something similar. The guards at the Museum of Royal Tombs of Aigai have come under harsh criticism and faced disciplinary action.