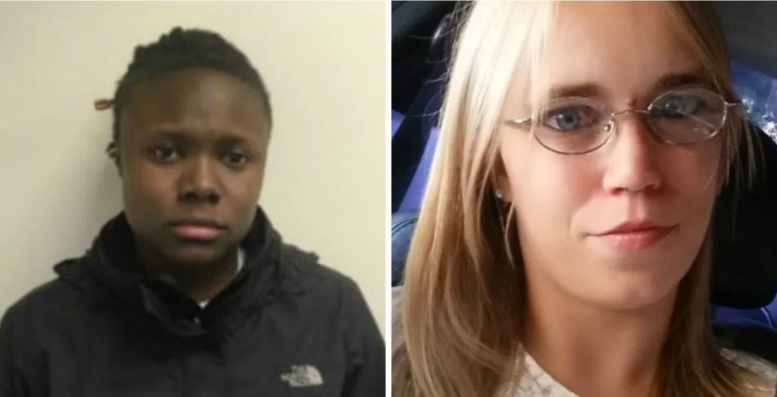 On Saturday, February 18th, 2017, Ashley Fricke was found dead inside her car in the parking lot of the Ashland, Virginia Walmart. She was a beautiful twenty-four-year-old white female. She had just graduated from college and was engaged to be married.

Brittany Lashea Wiggins, a twenty-five-year-old black female, turned herself into police after seeing pictures of herself from surveillance cameras on tv.

Wiggins was charged with First-Degree Murder, Use of a Firearm in the Commission of a Felony and Shooting into an Occupied Vehicle. The surveillance camera captured Wiggins exiting the Walmart while looking her cell phone. She gets into her car. Three minutes later she backs out of the parking space, sticks a gun out of the window, and fires a single shot. The bullet hit Fricke in the head and killed her. Then Wiggins drives away at a high rate of speed.

What happened next stunned the community. A judge threw out the murder charge after Wiggins and her defense lawyer claimed she was harassed for being a lesbian.

Wiggins alleged that she was actually shooting at two men and shot Fricke by accident. She alleges that the men harassed her for being a lesbian and she felt threatened. Police say that Fricke yelled back and forth with two men, but she originally told police she did not even remember what they were yelling about. The two men were eighty feet away when Fricke opened fire. They have not been charged with any crimes.

Now prosecutors have circumvented the judge and obtained a first-degree murder charge directly from a grand jury. Today a trial date was set for November 13th.