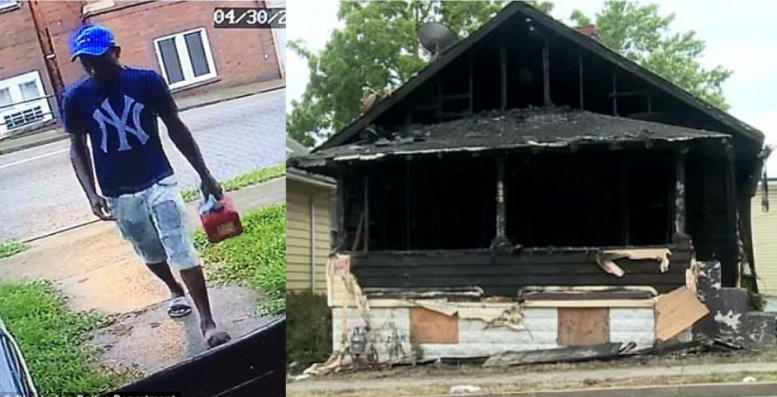 Update: The victim has died of her injuries.

Rachele Jarrett, 44, was doused with gasoline and set on fire in Charleston, WV. She was sleeping on the porch of an unoccupied house and is believed to be homeless. Jarret is in critical condition. The house suffered major fire damaged as well. David Barrett, a homeless black male, was also sleeping on the porch but got away in time.

The suspect is a black male. To evade capture he kicked in the door of another occupied home. The residents of that house fought him off.

The attack took place at 6:00 AM Sunday morning. Police released surveillance pictures of the suspect Sunday evening. Carl Tramane Magee III, a transient from California, has been arrested. He is being charged with attempted murder, first-degree arson, and malicious wounding.

Both the victim and the suspect have been in and out of homeless shelters in the area. However, it is unknown if they ever met before.

It is unknown if Jarrett will survive right now.

1 Comment on “Homeless woman set on fire while she was sleeping in Charleston, WV”