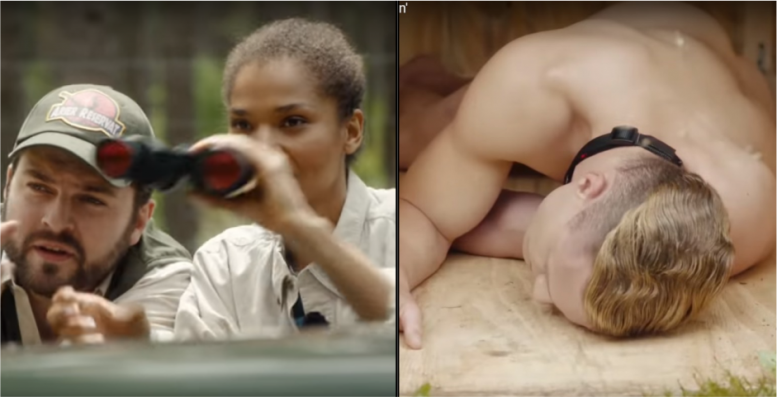 “Das Arier Reservat” or “The Aryan Reservation” is a skit published by German public television. It portrays physically fit blonds as naked wild animals on a reservation for endangered species.

The skit was published by SWR (Southwest Radio), state funded television and radio for Baden-Württemberg and Rhineland-Palatinate.

A tall naked blond man in elite physical shape is shown wandering through the woods. He is pursued by a short, chubby, dark-haired white male and a mixed race female. They are wearing uniforms based on the movie Jurassic Park. The blonde man is tranquilized, tagged, and placed in an enclosure with other physically fit blondes.

The skit ends with the man posing like he is doing discus. It is reminiscent of the documentary of the 1936 Berlin Olympics by Leni Riefenstahl. While Riefenstahl’s documentary revolutionized the film industry, it now denounced by the left for glorifying physical beauty.

Here is the video with English language commentary.

In the late 90s, the German “Tanz Metal” band Rammstein was demonized for using footage of Riefenstahl’s Berlin Olympics during live concerts. Today the denunciations would probably be even much worse.