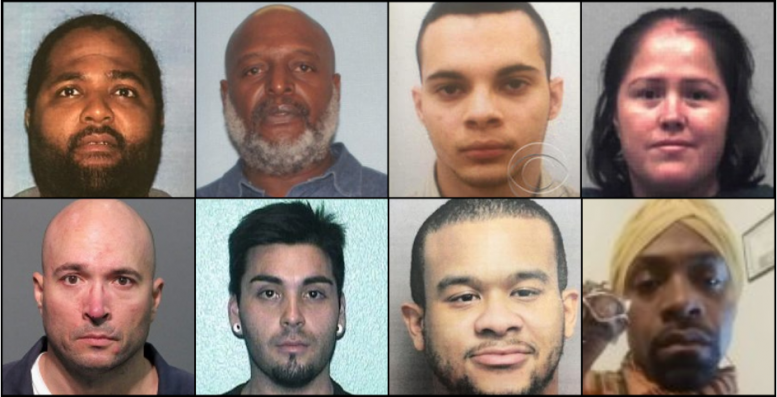 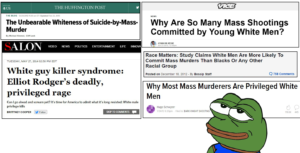 The popular media narrative about spree shooters being disproportionately white is a hoax.

We looked at all multiple victim intentional murders for 2017 so far. We define “deadliest” as having the most fatalities. In the case of a tie, the one with the most additional injured victims is considered the “deadliest.” If you think there are any mistakes or mass killings that should have made the list, please e-mail us.

We have now capped the list at incidents with four or more victims and at least three fatalities. This gave us thirty-four incidents. On previous lists, earlier in the year, we included incidents with fewer victims.

One thing that may be an anomaly for 2017, is the fact that two of the top 17 mass killers are female. One is a black female and one is a black Latina.

Of the thirty-four deadliest American mass killings of 2017, five of the suspects have been white. Two have been Asian. One is a Pakistani. Four have been Latino, though one of those is a Puerto Rican that has a Mulato appearance. Twenty-two of the thirty-four attacks have black suspects.

Eights of the suspects, who made the top thirty-four, killed white people exclusively. This includes all five white suspects, two of the black suspects and one of the Asian (Hmong) suspects. Some suspects killed racially mixed groups.

(5, 0) July 6th, Atlanta, GA. A Latino woman stabbed her husband and four children to death. The perpetrator is from Mexico.

(4, 1) March 15th, Metairie, LA. Two black males and an elderly black female were shot in the head execution-style. One white male was stabbed in the head. An unidentified female was shot in the face but survived. The killings took place in two different apartments in a Metairie apartment complex. Police arrested and charged a black male who is a local cocaine dealer.

(4, 1) April 18th, Fresno, CA. A black male went on a racially motivated spree shooting targeting white men. He shot four, killing three. The same man is believed to have killed a black male security guard during an argument five days earlier. The perpetrator espoused Nation of Islam theology on Facebook and hated white people. Technically, this was two incidents on two different days, but we combined them.

4, 0) July 5th, Bucks County, PA. Four white male victims were murdered on a farm by two white male cousins. The perpetrators felt cheated in a drug deal and lured the victims to their deaths.

(3, 2) June 3rd, New Orleans, LA. A black male shot five black victims at a party. Three of them died. It occurred at a restaurant.

(3, 2) June 14th, San Fransisco, CA. An Asian UPS worker went on a shooting spree at a UPS sorting facility. Three co-workers were killed, and two more injured. The fatalities are two Asians and a white victim.

(3,1) July 3rd, Prattville, AL. Two black male suspects opened fire on people inside a barbershop. Four were shot, three of them died. The victims are all black males.

(3, 1) June 1st, St. Louis, MO. A black male shot four black victims while they were sitting inside their car. An adult couple and their seven-year-old daughter were killed. Another adult male was wounded. A five-year-old girl was also in the car but did not get shot.

Obvious, the raw data paints a vastly different picture than what is commonly portrayed in the entertainment industry, the media, and by left-wing foundations.

Blacks commit spree shootings in extreme disproportion to their share of the population. It may be true that white and Asian spree killers have a higher average number of fatalities. The only time that blacks drop off the list is when you look at spree shootings, with very high death tolls, over a long period of time.