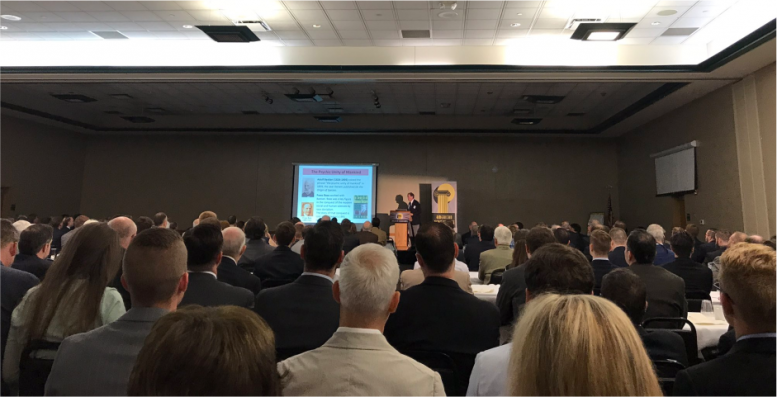 The Narrative Collapse staff was gone for several days to attend the 2017 American Renaissance Conference at Montgomery State Park in Dickson, TN. I wanted to get some notes out right away.

The Conference was limited to 300 participants due to the size of the venue. It sold out a month in advance, despite being in a remote location. I have been attending Conferences like this for over fifteen years. I believe this was my fourth Amren. I attended two in Washington DC and one previous one in Dickson.

This conference was unlike any previous conference I have ever attended. The average age was not just younger than usual, it was dramatically younger. There was a very large percentage of the crowd that was in their twenties. Also, about 75% of the attendees were attending an Amren Conference for the first time. I even met two fathers who were attending with their teenage sons. One long time regular attendee was there with her three-month-old baby.

The energy at the Conference was absolutely electric. The list of speakers included big names like Peter Brimelow, John Derbyshire, and Jared Taylor. However, it also included three speakers from Europe. It was quite a diverse group. Many of the leaders of what is being called the “alt-right” were all present.

All of the speeches were recorded from multiple camera angles, and I’m sure they will be available soon. Friday evening there were throngs of media, eager to interview the speakers and other young “alt-right” leaders.

There were two groups of protesters. The larger of the two groups was calling itself the “NAACP.” They even held a “NAACP Press Conference” with the media. However, almost none of them were black. They were mostly older white women with utilitarian hair cuts. They appeared to only have one black male and one black female among them. There were about thirty people in this group, and the average age was quite high.

This groups mostly stayed out of sight in a secluded and shady part of the hotel parking lot. They only briefly approach the hotel to chant for the media. It did not last very long, then they packed up and left. 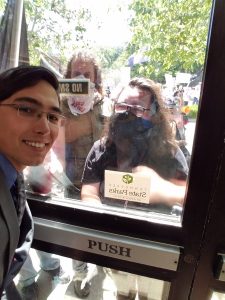 Another group of about fifteen people was led by DC Based Antifa leader Lacey MacAuley and Philadelphia based Antifa leader Daryl Lamont Jenkins. While Jenkins is a morbidly obese black male, this group was also almost all white. Both MacAuley and Jenkins are sponsored by far-left non-profit foundations. Most of their group appears to have been bused in. However, two of the Antifa had been seen begging for change at a gas station down the road Friday evening.

About half of them wore masks. It looked like three of them were men wearing dresses. These “Trantifa” came into the hotel and used the women’s restroom. Jenkins went into the hotel men’s room and tried to stay there and had to be removed by the police.

Police allowed the Antifa to run around the hotel grounds and scream at people. Most of the victims of Antifa abuse were hotel employees and tourists who were not even attending the conference. If Amren had hired protesters and dressed them to look as repulsive as possible, they would not have come close to how shocking these actual Antifa looked.

Besides their freakish appearance, the ones not wearing masks maintained angry, pouting EMO scowls non-stop the entire time. The only exception was Lacey MacAuley, who has the demeanor of a giddy twelve-year-old “mean girl” complaining about the nerds at her High School.

The protesters were such a shocking contrast to the happy, smiling, friendly Conference attendees. I saw no arguments or infighting. Even people who probably have significant ideological differences seemed to put every aside and come together as friends. The only complaint I really heard was that Amren needed a bigger venue so hundreds of more people could have attended. 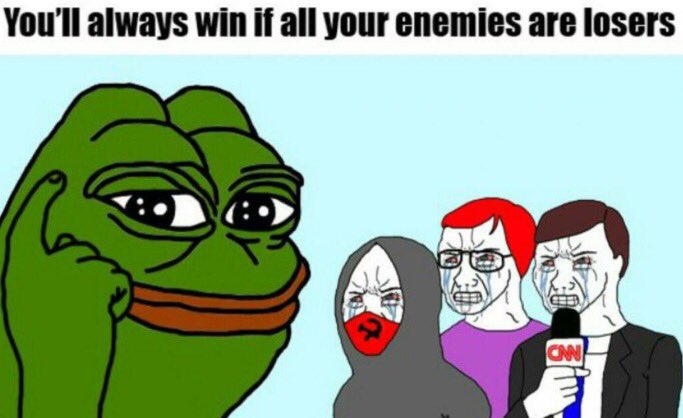 4 Comments on “Report from the American Renaissance Conference”