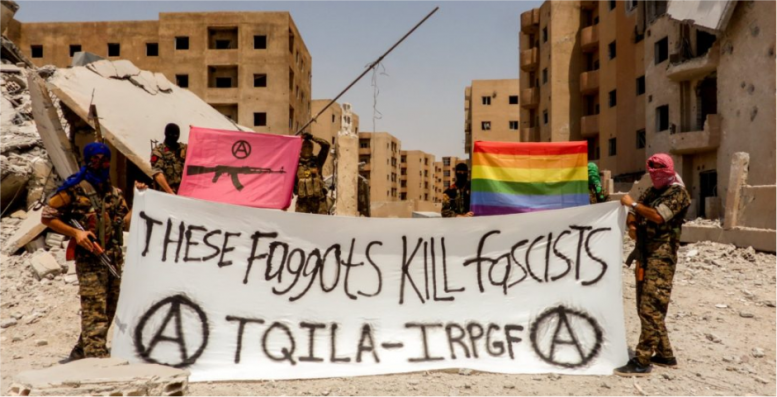 Last March, this website reported on western Antifa fighting with the Kurdish YPG in northern Syria. We told you how one Antifa-linked group, calling itself the International Revolutionary People’s Guerilla Forces [IRPGF], was hoping to establish an international base for armed Marxist Revolution.

A week ago, a picture came out of men calling themselves The Queer Insurrection and Liberation Army [TQILA] subunit of the IRPGF. The photo shows six masked men holding a banner that says “These Faggots Kill Fascists.” The picture was allegedly taken near al-Raqqa, where the YPG is currently fighting to dislodge ISIS from the city.

The YPG is the official militia of the PYD, a Marxist Kurdish political party that currently controls most of Rojava. 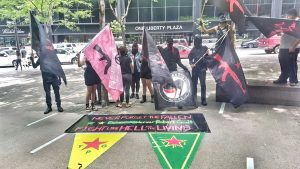 The photograph was widely celebrated on Antifa websites and social media accounts in America and Europe.

However, an official English language mouthpiece for the YPG International Network says that IRPGF has been expelled from the al-Raqqa campaign. They also say that IRPGF may be expelled from Rojava altogether.

Contrary to claims made on Antifa websites, YPG officials indicate that IRPGF was doing little actual fighting. They accused the IRPGF of using the al-Raqqa campaign to create “empty propaganda.”