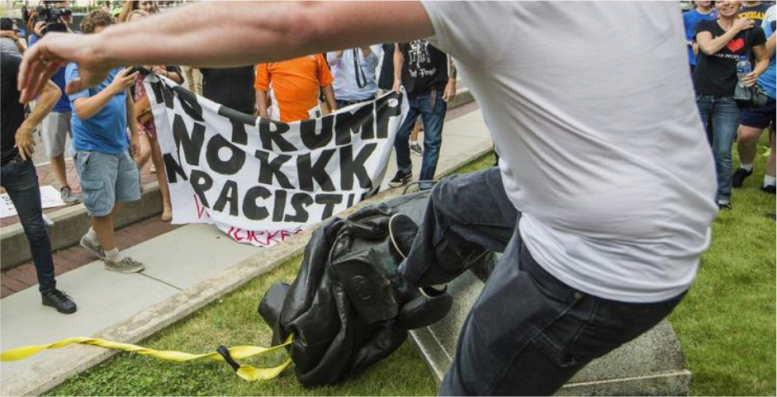 Narrative Collapse has confirmed that people called the Durham PD. They were told that city police observed the destruction of the Confederate statue and did not intervene.

Now the Durham PD is publicly admitting that they stood down. They are claiming that the County Sherif;s Department should have intervened, not them.

The statue was completely destroyed by members of Antifa and black supremacists.