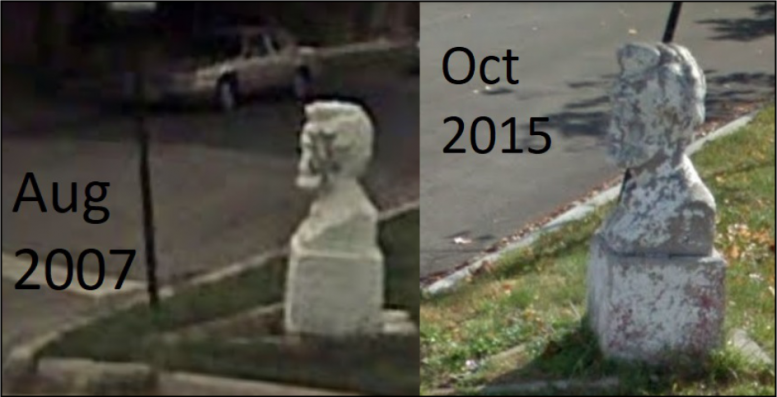 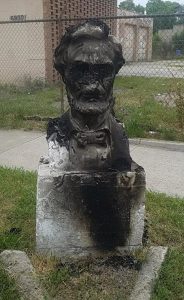 Yesterday, Chicago’s 15th Ward Alderman Raymond Lopez announced that a statue of Abraham Lincoln had been largely destroyed by vandals.

The statue is on the corner of 69th and Wolcott. While the ward is a super gerrymandered majority Latino district, the statue itself is in an overwhelmingly black neighborhood.

The statue was originally put there in 1926 when it was an all white neighborhood.

Using Google Street View, we have collected pictures of the statue going back to 2007. The nose was already broken off at that time. Between 2007 and yesterday, the statue has been spray painted, carved on, and pieces appear to have been broken off over and over. 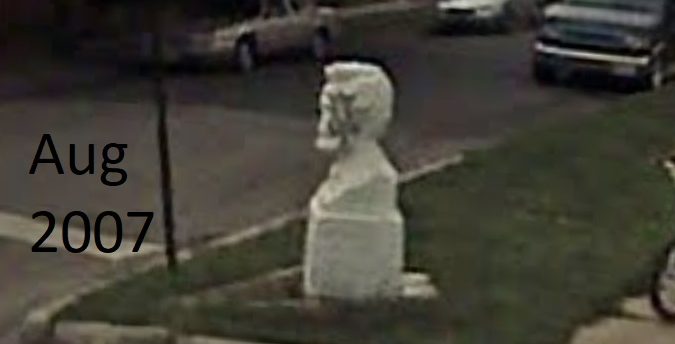 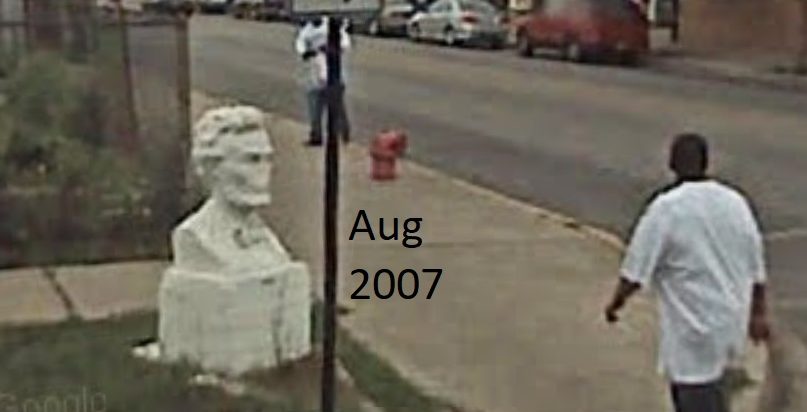 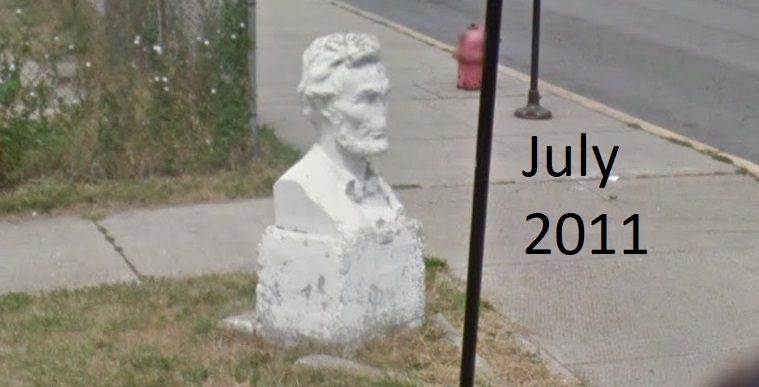 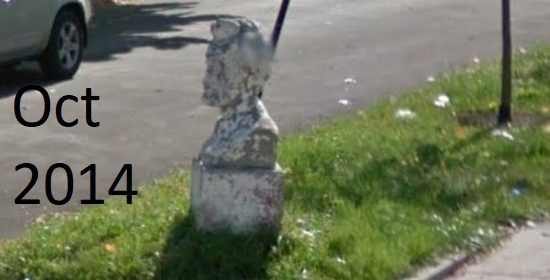 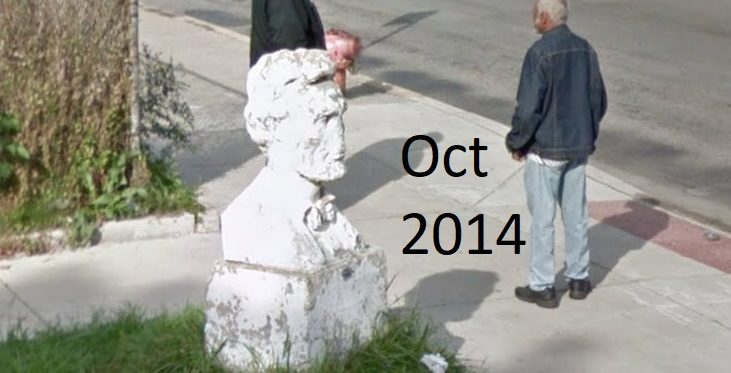 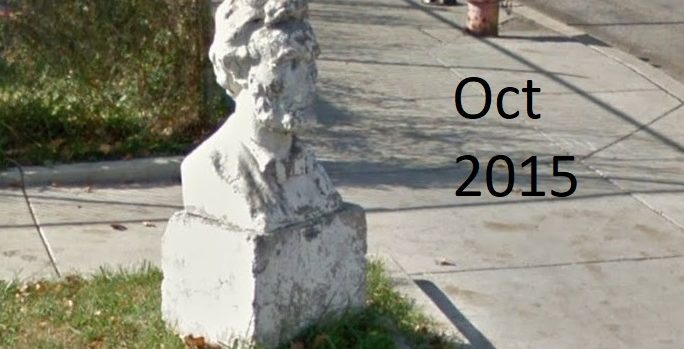 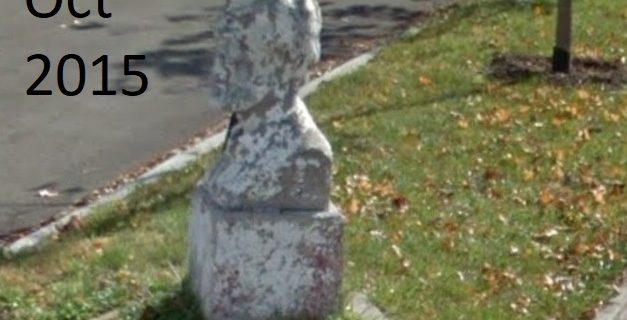