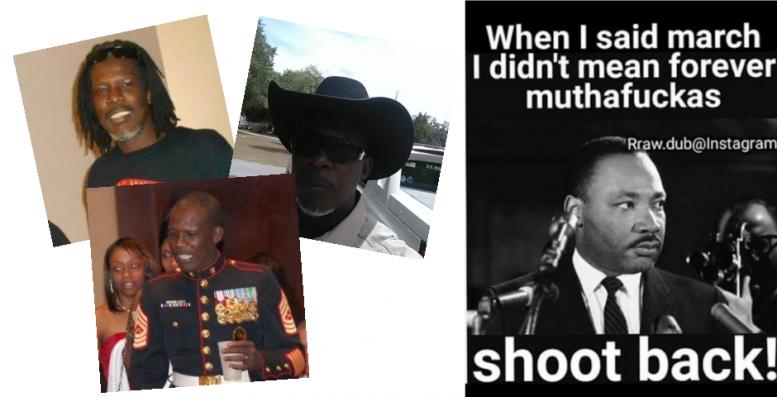 Both police officers have died as a result of their injuries.

In the days leading up to the shooting, Miller posted dozens of racially charged status updates on Facebook. Some of them explicitly call for violence. He personally pledged to commit violence against white “Confederate Nazis” in one recent status update. One of his status updates is a picture of Martin Luther King with a message that says to stop marching and start shooting.

Miller was using a Muslim name but claims he is not religious. However, he is explicitly anti-Christian. He urged blacks to stop using crosses and leave their churches. He claims black people will be slaves of the white man in Christian heaven. Miller also said he uses the Ankh as his only religious symbol.

He made comments about Black Hebrew Israelites, but they are so nonsensical we can’t tell if he is for or against them. He does reference the black “Moorish” movement in a positive way. This is a pro-Muslim black supremacist cult.

So far, the mainstream media is not reporting Miller’s racial beliefs and violent rhetoric.