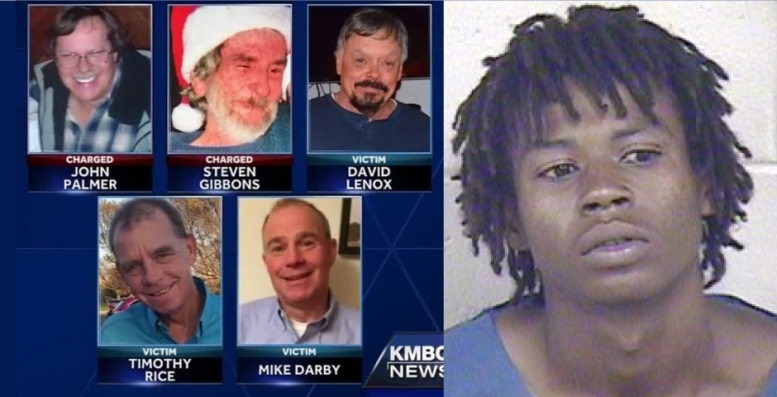 In 2014, Fredrick D. Scott was charged with harassment and expelled from his school. He threatened to go on a “Columbine-style” massacre and “kill all white people.” A judge sentenced him to 180 days in jail, but suspended the sentence and gave him probation instead.

Now he is being called the “trail killer,” and is suspected of five murders in or near the Indian Creek trail in Kansas City, Missouri. All five suspected victims are white men in their fifties or sixties. Most were shot from behind. Four of the victims were walking their dog when they were killed.

The other three murders occurred in February, May, and April of 2017. Family members of those three victims are anxiously awaiting more news from the police. Bob Darby, the brother of murder victim Mike Darby, says “I’m dead sure that they have the right person and we’re confident that it’s going to be solved.” Darby says the rest of his family also believes that Scott is the killer.

Many on social media are accusing the national media of ignoring the story. It is barely even being covered in nearby St. Louis, Missouri. Organizations that allege to track “hate crimes,” such as the SPLC and the ADL, have totally ignored it. Even though people have been sending them links to the story on social media.

Do you find it odd that the media is not giving more coverage to the largest alleged racially motivated killing since the Charleston church shooting?