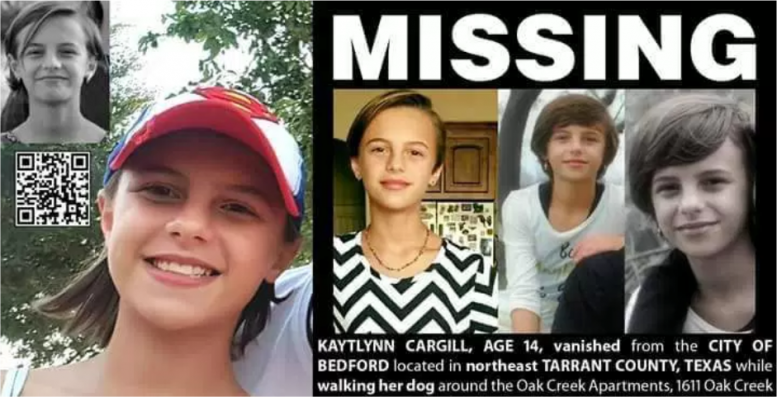 Kaytlynn Cargill, a 14-year-old white female, vanished while walking her dog on June 18th in Bedford, TX. She was found dead at the city dump two days later. The case has been the subject of a local controversy because police refused to issue an amber alert when she was reported missing. Law enforcement claimed there was no evidence of an immediate danger.

Cargill was beaten to death with a hammer at a nearby apartment complex. Text messages show that she agreed to meet the suspect by a swimming pool to buy marijuana.

Police arrested a 16-year-old black male on September 1st. His name and picture are redacted by police because of his age. The local media is also censored his race.

Narrative-Collapse is researching interracial homicides in the USA. An extremely large number of black on white murders occur while the victim is either attempting to buy or sell marijuana to the perpetrator. Marijuana is often used to get a victim to come to a designated location with cash so they can be murdered. Often the media blames the victim.

The use of marijuana as a lure to murder and rob people might be the single best argument for its legalization. However, most legalization advocates are afraid to mention this for fear of being labeled a “racist.”

6 Comments on “Missing Bedford, Texas girl, 14, was beaten to death with a hammer”