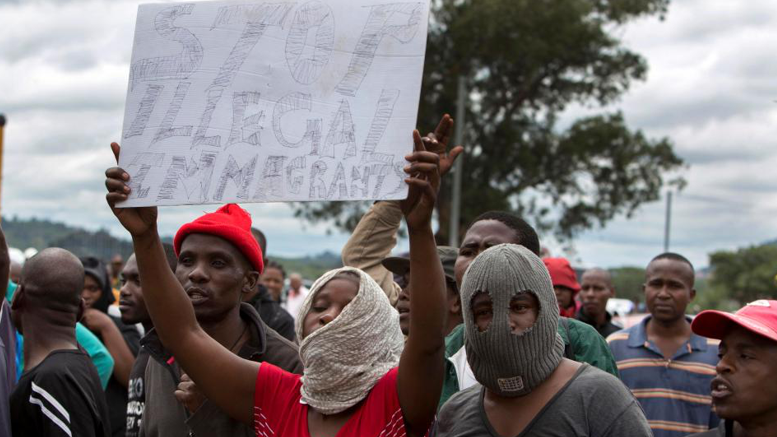 Once again there is large-scale violence between black South Africans and immigrant populations. Somalians, Nigerians, Congolese, and Zimbabweans, who are mostly illegal aliens, have all been attacked in recent days. There have also been attacks on Pakistani and Bangladeshi owned businesses. While South Africa has an “Asian” population that immigrated to the country under British rule, there are new immigrants from Pakistan and Bangladeshi who are illegal aliens. Many South Africans accuse them of being part of crime syndicates.

In South Africa, this is referred to as “anti-foreigner violence.” The most notorious example was a series of riots in 2008. Mobs, of mostly Zulu, attacked Somalians and others. Dozens of people were killed. There was a new wave of attacks in 2015. There is also a history of violence against Zimbabweans by radicals, who see them as traitors to Robert Mugabe for leaving the country.

For two weeks, there have been repeated attacks on foreigners and looting of foreigner owned businesses around the capital city of Pretoria. There was also a huge attack in Rosettenville, a suburb of Johanassburg, in which a dozen buildings were torched. In the Pretoria area, there has been large-scale violence in Pretoria West, Mamelodi and Atteridgeville.

This culminated into an all out riot on Friday. Over 1,000 people rampaged through a heavily Somalian area swinging clubs and throwing bricks. Eventually police dispersed them with water cannons, rubber bullets, and stun grenades. It was supposed to be a peaceful march against illegal immigration organized by a group called “Mamelodi Concerned Residents.” South African national police and march organizers are both blaming people from Atteridgeville, a city on the west side of Pretoria, for rioting.

Before the march/riot started there was an organized effort to shut down all four roads to Atteridgeville. Groups blocked traffic and set fires on the four roads leading out of Atteridgeville. The city came to a standstill with residents unable to get to work or take their children to school. It is unclear who was behind the effort.

What is different about the current large-scale anti-foreigner violence is the Zulu are not at the center. The violence has all been in Gauteng, which includes the cities of Pretoria and Johannesburg. These are urbanized blacks, many of whom do not have tribal affiliation, from areas that were ANC strongholds.