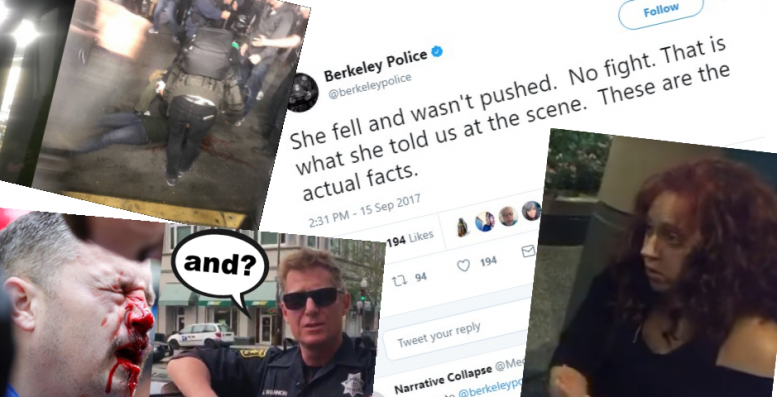 Celeste Paradise was attacked, had her head smashed against the concrete, and was hospitalized. The only media we could find that reported the attack was the Advocate, a left-wing student paper for Contra Costa College. The Advocate also posted a video of the victim laying on the ground with witnesses explaining that he was attacked.

“Mainstream” media outlets censored the attack, while the local ABC affiliate, Channel 7, even falsely reported that there was “no violence.”

Despite the media blackout, news of the attack spread online, in part because of this website.

Another man, who took photographs of the incident, says he tried in vain to get the police to take action. He is interviewed in the video below.

The Berkeley PD is already notorious for standing down and allowing Antifa to attack people at past events. The mayor of Berkeley has supported Antifa and even a member of a local Antifa Facebook group in the recent past.

This video includes interviews with Celest Paradise and two eyewitnesses. Of the eyewitnesses can be seen prominently in the Advocate’s video. The other is the guy who took the pictures of Paradise we used on our original post. 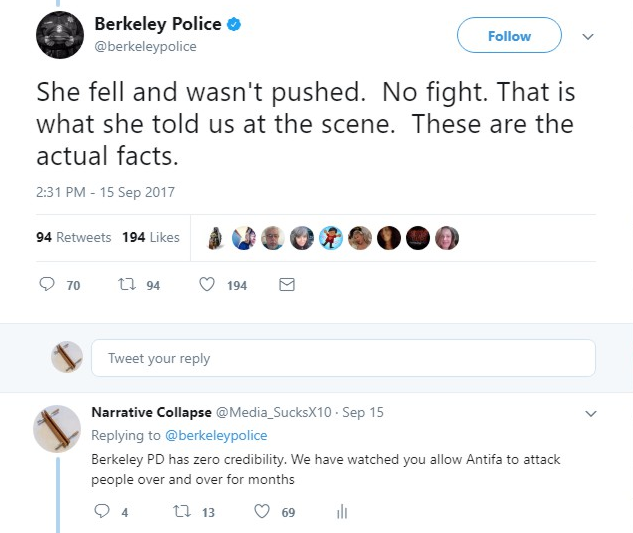