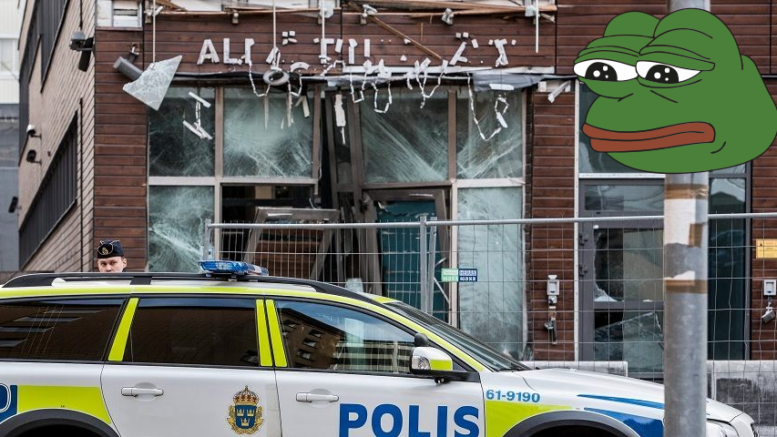 2015 was dubbed “The Summer of Unrest” in Sweden because of the high number of grenade attacks. There were a total of 45 cases involving grenades. In 2016, there were 52 cases. Some of the cases actually involved mortars. There are also bombings in Sweden that are not included in these numbers. The majority of cases seem to occur around the immigrant ghettos in Malmö.

Many of the grenades are vintage hand grenades left over from the civil wars in the Balkans. They are smuggled into Sweden by immigrant crime syndicates. In some cases the grenades fail to detonate. In other cases they do substantial damage.

In most cases, the goal is to damage private property.  The grenades are typically used in the middle of the night when no one is around. Rival immigrant groups target each other. Some are related to the Kurdish-Turkish conflict in the Middle East. Immigrant crime syndicates also use them for intimidation.

Already in 2017, a police station in the town of Katrineholm was hit with a grenade. It caused substantial property damage to the front of the building and several police cars. Another grenade attack took place in Malmö today. A victim was injured with shrapnel in his leg.

While the Swedish media and government does not like to talk about who is using hand grenades, it is pretty obvious. Much like the immigrant rape epidemic in Sweden, the perpetrators of grenade attacks are barely punished. Keep in mind that this is a phenomenon that literally does not exist in most of Europe. Some say that it can only be understood when you look at the lack of prosecution for grenade attacks. In 2014, there were eight cases. Barely anything happened to the perps, so more people started doing it.