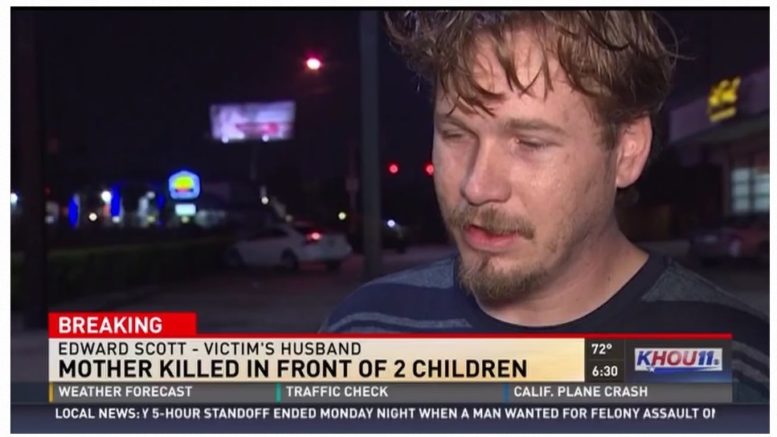 “Two very young black males” shot and killed a Houston woman right in front of her husband and two daughters on Monday evening. They were on a crime spree at the time.

Police say the black males had just stolen a Jeep Commander and moments later backed up into a car containing a family of four. The perps started to drive away and then opened fire on the car.

Jessica Lynn Mills, 29, was shot in the back and died shortly after. Her husband, a four year old daughter, and a four month old daughter were also in the car. Bullets barely missed one of the girls.

The perps are currently on the run in the same Jeep Commander.