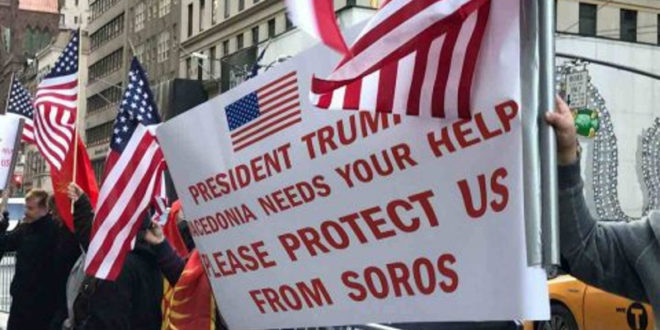 US Congressman Christopher Smith, R-NJ and US Senator Mike Lee, R-UT are leading a probe into White House meddling in Macedonia by the Obama administration.

In 2009, the conservative/populist VMRO-DPMNE came in first place in Macedonia’s parliamentary election with 63%. This allowed them to form a government without having to accept the Socialist Party as a coalition partner. Two years later, Obama began spending US tax-dollars in Macedonia.

Last month, US Senator Mike Lee, R-Utah accused the Obama administration of misusing USAID to directly fund George Soro’s Open Society Foundations. He sent a letter to the former US ambassador to Macedonia, Jess Baily, to demand answers. Among other things, Lee wants to know if the Obama administration gave money to media outlets and if they played in a role in getting Macedonia’s 2014 elections postponed.

Judicial Watch says the government documents they have received so far are incomplete and the total dollar amounts might be higher.

Consider that Macedonia is a tiny nation of only 2.1 million. It is at the bottom of average incomes in Europe. That makes $9.5 million a very substantial amount.

A network of organizations run by George Soros have funded large scale left-wing agitation, professional protesters, rioting, and general discord in over a dozen different countries. This includes America, Hungary, Romania, Ukraine, Macedonia, Moldova, Republic of Georgia, Kazakhstan, and others.