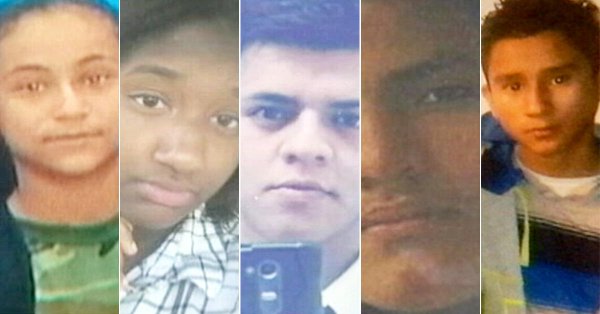 Police say members of MS-13 killed seven people in Brentwood, a community in Long Island. Thirteen members have been charged. Ten of the suspects are illegal aliens. Some are still fugitives.

Two of the victims were teenage girls that attended Brentwood High School. They were hacked and bludgeoned to death with machetes and baseball bats. Five of the thirteen suspects have been charged in their murders.

A total of five students at Brentwood High School were killed over a six-week period in 2016. So far, MS-13 members have been charged with three of them. Other murder charges include killings that occurred in 2013, 2014, and 2015.