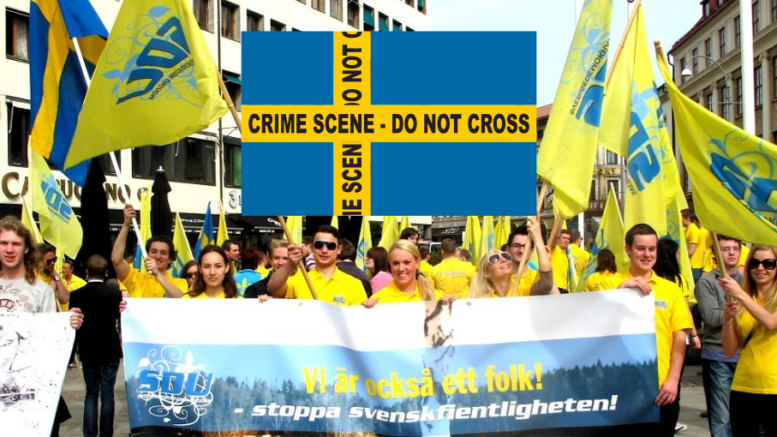 Based on a running average of Swedish polls, the Swedish Democrats are tied for second place with the Moderate Party at 19% each.

However, some polls show the Swedish Democrats in first place.

YouGov and Sentio have been giving the SD the best scores for years. On the other end of the spectrum is Novus, Ipsos, and Sifo. All three of these polling companies have only been giving SD 17% or 18% for the past several months. However, we all know how phony some polls are.

After the “Summer of Unrest” in 2015, which saw the rise of immigrant gangs using military hand grenades, YouGov actually gave SD percentages between 26 and 28%.

Parliamentary election will be held in September of 2018. It now seems very likely that the Swedish Democrats will achieve at least second place. The situation in Sweden is only going to get worse as the election approaches.

Note about photo: SDU is the name of the Swedish Democrats Youth Corps, launched in 2015.