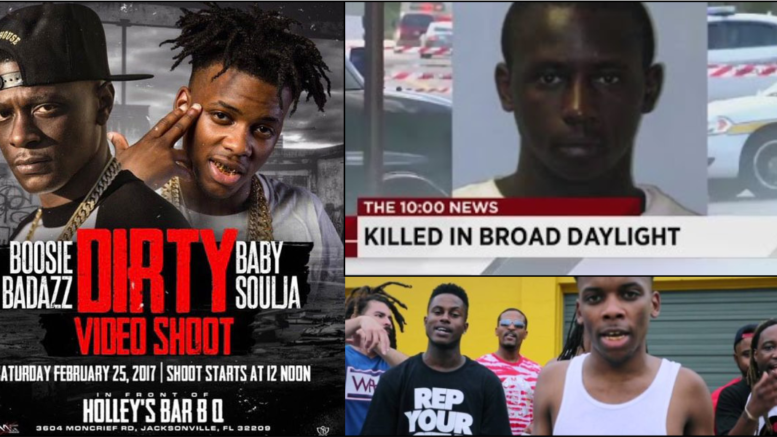 Boosie Badazz and Baby Soulja were filming a ganster rap video in Jacksonville, FL on February 25th. The public was invited to attend.

What could go wrong?

While filming was underway, a black van drove by and a gunman opened fire. Based on cellphone videos, it appears that about twenty rounds were fired from a fully automatic weapon.

One man was killed and three others were wounded.