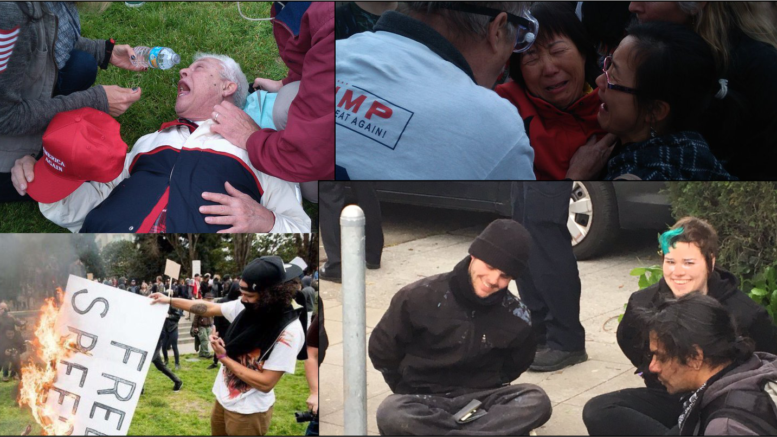 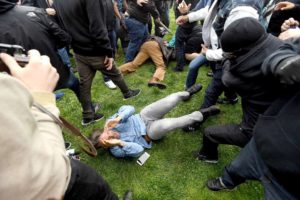 This was the scene on March 4th in Berkely, CA. Masked criminal left-wing gangs assaulted people with pepper spray and clubs. Women and elderly were among the people savagely attacked. Police are seen watching people being assaulted and not intervening. When police finally start arresting the criminals, the thugs can be seen laughing.

Local media then blatantly lied about what happened.

Once again the local media claims it was mutual fighting instead of the hate crime assaults that actually took place. Watch this asinine, fake coverage from ABC affiliate KPIX Channel 5. Their own footage contradicts their commentary while they say it! The reporter claims everything is mutual fighting even as you see vicious criminal mob assaults taking place on screen.

When leftists assault people with pepper spray, the report pretends like he does not know which side did it! It’s like the reporter is in a parallel universe!