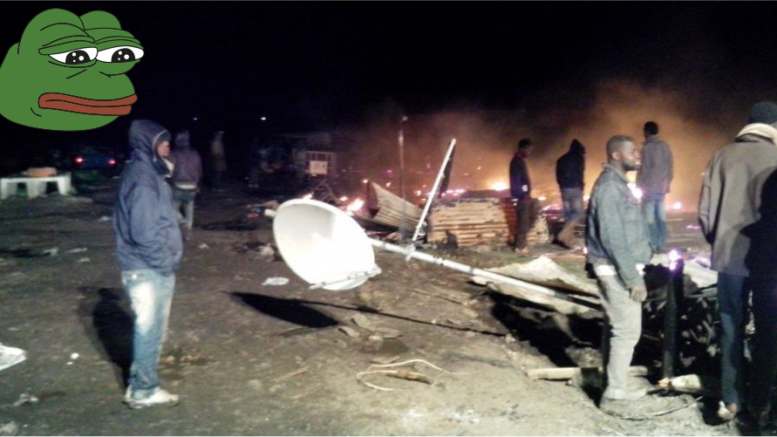 Hundreds of illegal aliens from Africa are camped outside the southern Italian city of Foggia. The camp includes a number of “tin shacks,” and other makeshift structures that resemble sums in Africa. It is called “Gran Ghetto.”

The local Italian authorities announced that the camp would be dismantled and the illegal aliens would be taken to various asylum centers around the country. They rioted and began torching the camp Thursday night, March 2nd. Two men from Mali were killed.

Under EU rules, illegal aliens must be allowed to apply for asylum before they are deported.

Gran Ghetto before the rioting and arson: