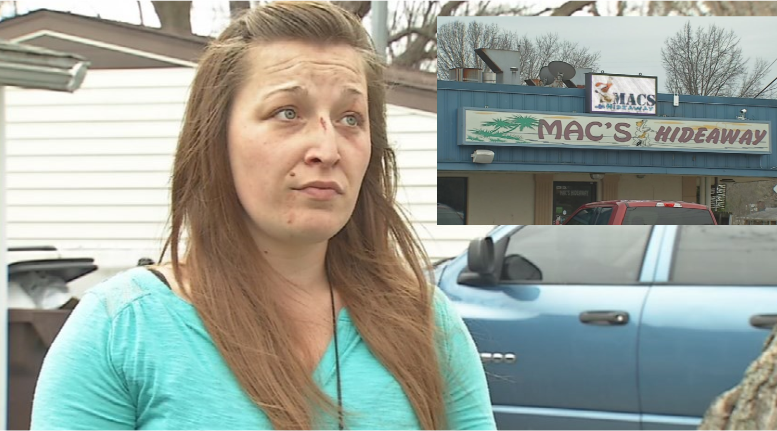 Angela Rockey was leaving a New Albany, IN bar Sunday, March 5th, when she was attacked by a mob yelling racial abuse. She is white and the perps are black males and black females. They repeatedly called her “white bitch,” and yelled other racial abuse. She does not know any of the attackers. The perps had been ordered to leave the bar right before the attack.

During the attack, one of the perps filmed it on a cellphone. The attack was also caught on surveillance camera. The attackers fled when someone called police.

The victim was taken to Baptist Health Floyd Hospital for treatment. She has broken teeth from the assault.

New Albany is only 9% black.