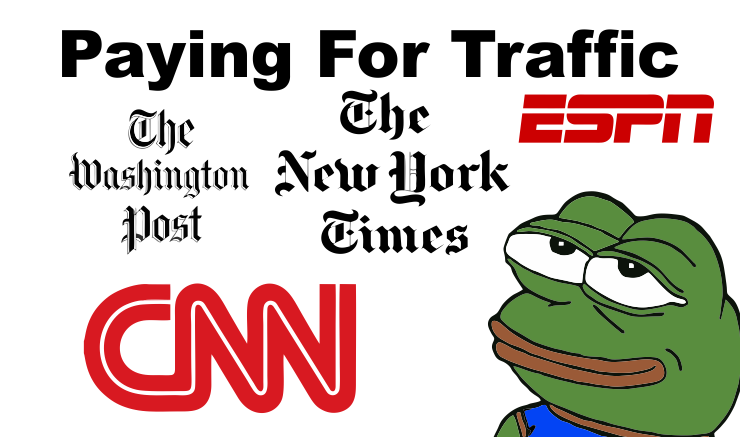 Alexa, which was recently purchased by Amazon, has long been the world’s leading authority on website traffic.

Alexa also has a $150 a month service that allows you see if websites are sponsoring keywords on search engines. This is called “pay-per-click” advertising. Google, Bing, and Yahoo all offer this service. Generally, the minimum to sponsor a keyword or phrase is $.05 per click. So if you sponsor a bunch of keywords with the minimum $.05 bid, you are paying one dollar for every twenty visitors that you get. If multiple people bid on the same keyword, the one willing to pay the most has their link displayed the most prominently on the search engine.

First, let us look at who Alexa ranks as the top media websites in the entire United States.

According to Alexa, this is how many keywords each site has sponsored in the past six months. The number in parenthesis is an average activity rating on the most popular terms sponsored by each site. The higher the number, the more traffic.

The other four top sites appear to be buying clicks on a large-scale, with the New York Times being the king.