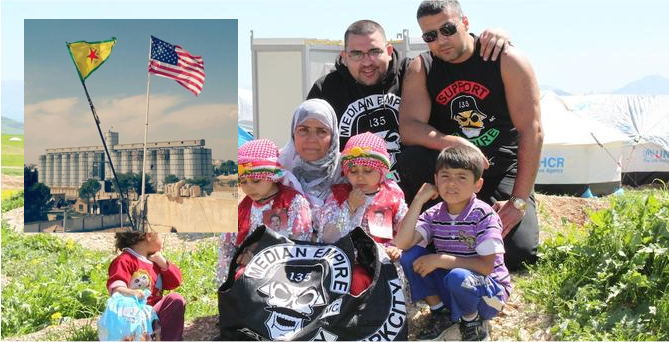 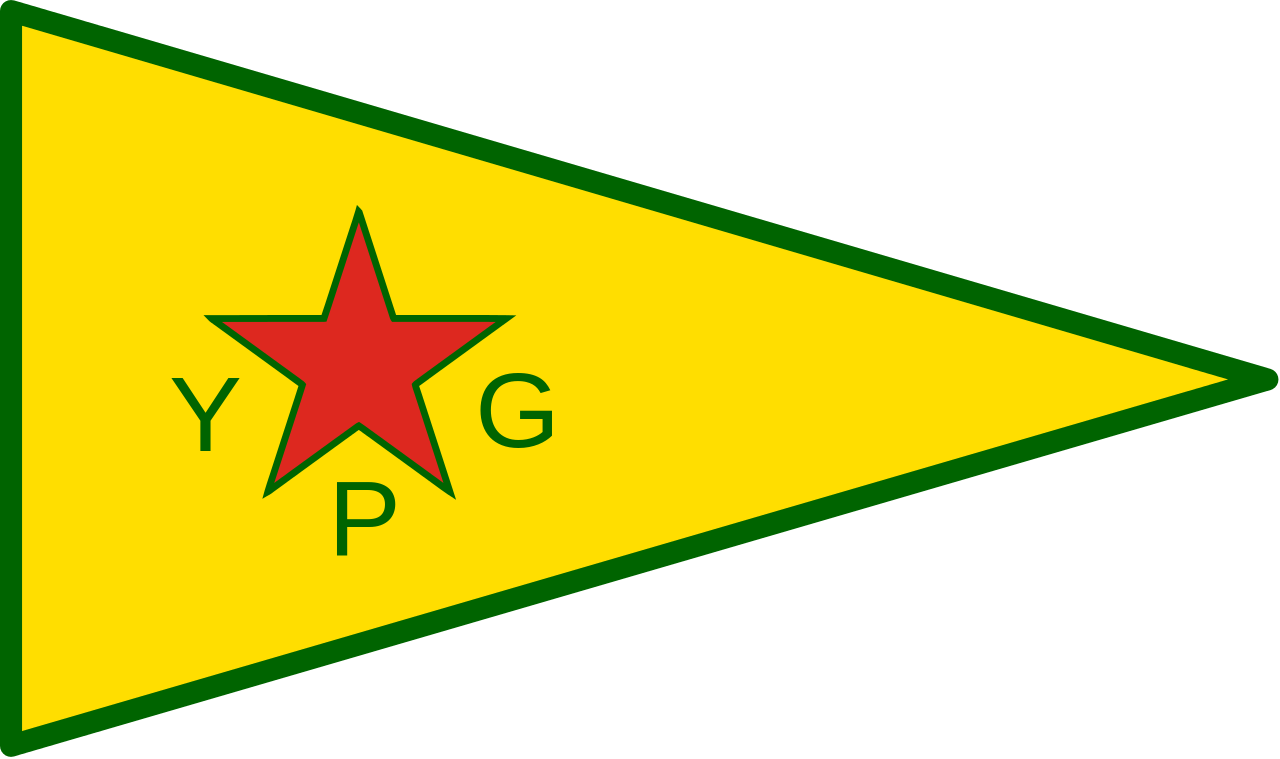 Flag of the US backed YPG.

Recently we wrote about the feud between Germany and Turkey. Each accusing the other of being more totalitarian when it comes to freedom of speech.

While Turkey accused Germany of not supporting freedom of speech, they also accusing Germany of “supporting terrorism” for not banning speech about Kurdish statehood.

According to German media, German Interior Minister Thomas de Maiziere has just published a list of 33 Kurdish symbols that are to be outlawed. The symbols include Kurdish political groups and militias. Germany has a huge population of Kurdish immigrants. They are estimated to be over 650,000 Kurds in Germany. However, Germany has between 3 and 4 million Turks.

Among the banned symbols, is the flag of the YPG. This the official militia of the Kurdish Democratic Union Party [PYD] in Syria. It is also being sponsored and armed by the United States. In fact, US Special Forces and US Marine Corps artillery crews are even working with the YPG to fight ISIS.

The Turkish military is currently bombing and shelling the YPG in several locations in Syria. They reportedly shelled YPG positions around the village of Mar’anaz yesterday. Turkish sponsored fighter groups are battling with the YPG over the control of several villages.

Dozens, maybe even hundreds of Kurds from Germany are actively fighting in Syria and Iraq. The Kurdish motorcycle club Median Empire is known to have members fighting in Iraq. Currently the German government allows them to fight in Syria and Iraq against ISIS, as long as they don’t join the Turkish based PKK. It looks like this could change.

Also on the ban list is the face of Abdullah Öcalan. This is the founder of the PKK, who is being held in prison in Turkey. While the PKK is also labeled a “terrorist group” by Turkey’s NATO allies, it’s members proved to be some of the fiercest and most dedicated anti-ISIS fighters. When all other Kurdish militias fled from from Iraq’s Sinjar region, hundreds of PKK fighters dug in and held off ISIS to protect the Kurdish related Yazidi people. The Yazidi militia, known as Sinjar Resistance Units [YBS], was organized and trained by PKK members. There are also PKK members fighting in the YPG against ISIS in Syria.