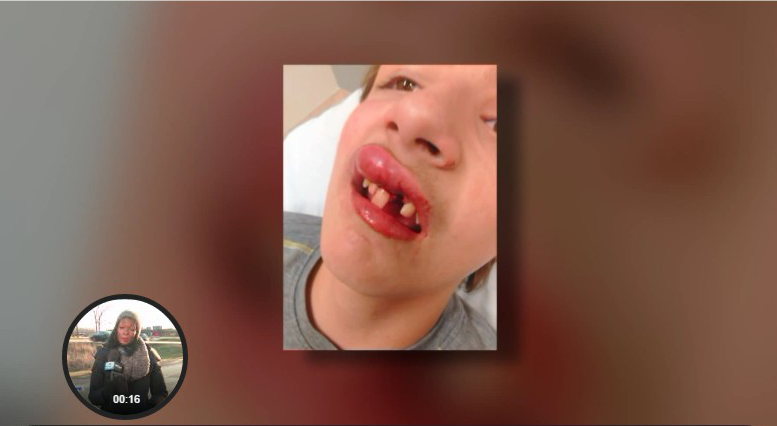 The victim was hospitalized with serious injuries. A facial fracture, a concussion, a broken nose, and he lost two teeth.

Watson’s mother says the attacker is part of a group of black students that had been picking on him because he is white. She also says school officials are dragging their feet.

Police say the perp will be charged as a juvenile. This means it is very unlikely that much will happen to him.

Click here to watch an interview with the victim’s mother.