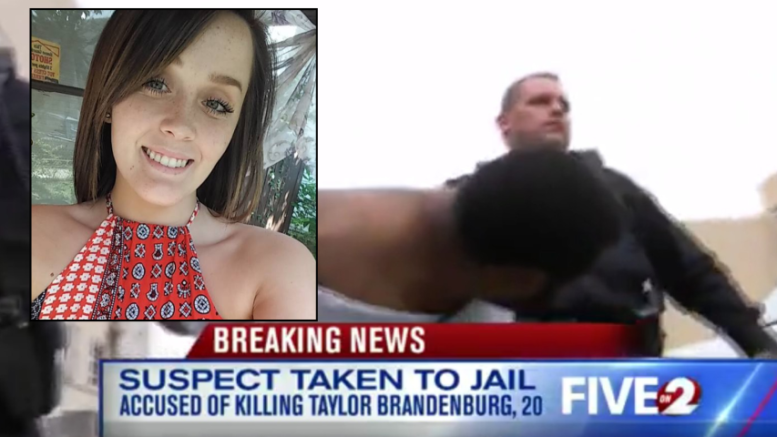 Update: Formal charges against two people were made today. Chuckie Lee has been charged with murder, felonious assault, and being a felon in possession of a firearm. Chuckie Lee’s girlfriend, Kara Parisi-King,  a 26 year old white female, has been charged as an accomplice. She is currently at large.

Kara Parisi-King has been arrested at least four times before. She was arrested three times in Lake County, Ohio between March, 2011 and January 2012. In 2014, she was arrested in Montgomery County for a vehicle related charge. People close to the victim alleged that Parisi-King was actively engaged in prostitution in the community.

Saturday evening, Taylor Brandenburg was babysitting her cousin’s children. The cousin and others went to a nearby neighborhood bar just .6 miles down the road.

Near closing time, a man was bashed in the head with a pool stick. The police report says the attack caused severe harm. The victim was Tyler Hudson, a 24-year-old white male.

Someone called 911 from the bar and said “there’s blood everywhere” and “there are people outside of the bar threatening to shoot the people inside. We can’t let them leave.” Police later arrested Evans Cassell III, 36, a black male, and charged him with felonious assault.

Cassell III was previously arrested for felonious assault and parole violations back in 2014.

The group eventually left the bar in two cars, but they were followed. As they exited their cars, another car pulled up and a large amount of bullets were fired.

Babysitter Taylor Brandenburg heard the group arrive and was exiting the house. She was shot multiple times. Taylor’s cousin called 911 and said “I need an ambulance at my house … Somebody just did a drive-by shooting at my house.” She also said ”I just left the bar and there was some people fighting. They followed our car and everything.”

Chuckie Lee, 38, a black male with a long criminal history, has been arrested for the murder. He is currently being held on a Federal probation violation, while a murder charge is pending.

The murder took place in Dayton’s Census tract 19. It is listed as 79% white and only 9% black. The bar is located within the same census tract.

Police did say that a large number of people have come forward with eyewitness accounts to help.