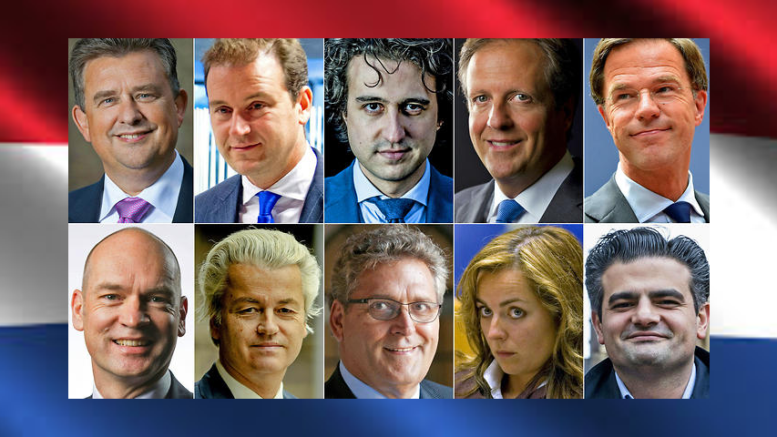 The following is the number of seats in parliament each party will get.

What the English language media is telling people is that this is a humiliating defeat for conservatives because Geert Wilders party on got 13% of the vote. This is only disappointing if you look at polls from weeks ago that showed the PVV almost neck and neck with VVD.

What the media is not saying.

1. The vote was split between 13 different parties and there is no longer a single party with more than a quarter of the seats. In the last election, there were eleven parties gaining seats with two main parties each gaining over a quarter of the total seats. 2. On the eve of the election, the VVD ran to the right in order to steal the thunder of the PVV. While this was probably not genuine, it is relevant. It shows that the rhetoric of the PVV is far more mainstream than what is portrayed in the media. 3. The Dutch parliament swung to the right overall.

The biggest takeaway from the election is increased polarization.

What is actually demoralizing is reports that VVD intends to pick D66 as a coalition partner instead of PVV. This is the exact behavior associated with “RHINO” and “neo-con” Republicans in the United States. They run to the right during election season and then run back left the day after.