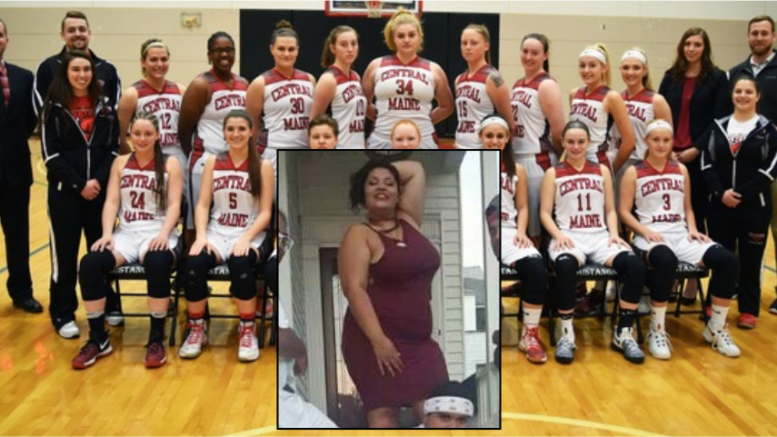 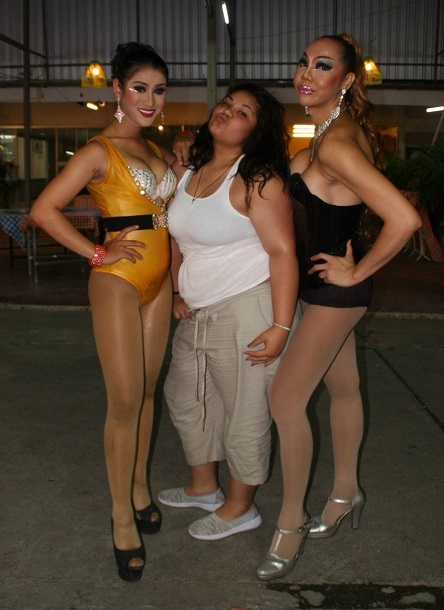 Carmen Figueroa with some of Thailand’s famous “Ladyboys.” How is that for “cultural appropriation.”

Carmen Figueroa, 20, of Brooklyn, New York, is being charged with disorderly conduct, assault and battery and assault and battery with a dangerous weapon. She pleaded not guilty in Eastern Hampshire District Court in Belchertown, MA on Friday, March 17th.

On January 27th, Figueroa, who appears to be a very large Latina, ordered a white member of the Central Maine Community College women’s basketball team to remove her hair braids. She claimed the braids were “cultural appropriation.” The girl refused.

Then Figueroa, and an unnamed accomplice, allegedly assaulted two of the Central Maine players, while Figueroa yelled racial slurs.

Figueroa was released on a PR bond and scheduled to return to court in May. Figueroa is not exactly oppressed. She recently went on vacation to Thailand.

The attacked occurred at Hampshire College, where the Central Maine Community College women’s basketball team had a game that day. Figueroa is a student at the college. The college has refused to comment, and appears to have taken no action against her.

If you go to the college website, it looks more like an SJW summer camp than an actual college. “Cultural appropriation” and racial animosity towards white people were likely taught to Figueroa at the college.

One of the Central Maine players is a white female from the United Kingdom. She has long flowing hair in her facebook pictures, but it is braided during games.